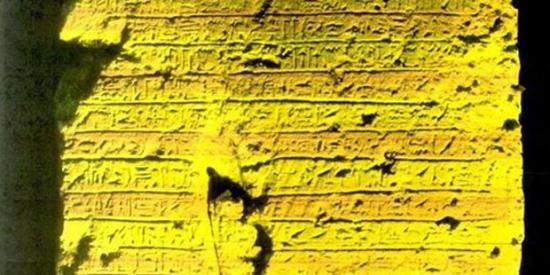 Stele Discovered On Mediterranean Coast- Courtesy Of Ministry Of Antiquities

The stele, which was discovered at Taposiris Magna archaeological site on Lake Mariout, southwest of the Mediterranean city of Alexandria,  “dates to the reign of Ptolemy V Epiphanes (204B.C-180B.C) of the Ptolemaic Dynasty (332 B.C.-30 B.C) that has ruled Egypt after the death of Alexander the Great in 323 B.C.” said Damaty in a statement on the ministry’s Facebook page.

The stele, measuring 1.05 X 0.65X0.18 meters, was discovered by an archaeology mission of the Catholic University of Santo Domingo in collaboration with Egypt’s Supreme Council of Antiquities (SCA), he added.

“It consists of two registers carved in two different scripts; the upper one features over 20 lines of hieroglyphic inscriptions bearing the cartouches [oval shapes bearing royal names only] of King Ptolemy V Epiphanes, his sister Princess Cleopatra I, his mother Queen Arsinoe III and his father King Ptolemy IV Philopator,” said Damaty adding that archaeologists are currently working on transliterating the text. 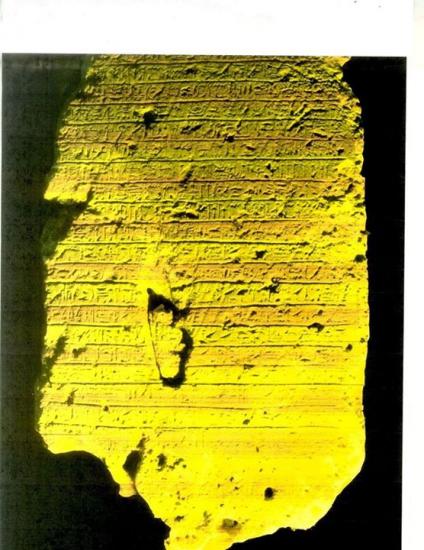 The bottom register features a 5-line demotic script that seems to be a translation of the hieroglyphic inscriptions, said Damaty.

Demotic language was used by ordinary people while hieroglyphic was used by royals, high officials, priests and the elite of the ancient Egyptian society.

The famous Rosetta stone, currently displayed in the British Museum in London, dates back to the reign of the same Greek king but was carved in hieroglyphic, demotic and Greek scripts, according to Damaty.

Chief of the Dominican Egyptian archaeology mission, Dr. Kathleen Martinez said that the mission, has been working at Taposiris Magna for six years, has made a lot of significant discoveries related to the history of Alexandria. “Some of the major discoveries are tombs of Nobles, a number of statues of goddess Isis in addition to many bronze coins belonging to Queen Cleopatra VII, the famous Cleopatra of Anthony,” said Martinez.