Taosi (Chine) : The GIS based survey and coring

The GIS based survey and coring at Taosi

The GIS based survey aims to get a better understanding of the settlement pattern and settlement hierarchy in the Linfen Basin with the walled Taosi site as the center, as well as the social structure of the state level Taosi polity. The questions waiting for answers include: How did Taosi become a capital settlement? Was there function specialization among the settlements? Did the political center of the Taosi polity move to the eastern foot of the Taer Montain and what was the relationship between the movement and the collapse of the Taosi settlement? The survey started in Nov. 2009 and finished in August 2010. Some 128 sites from the Yangshao to the Han Dynasty were recorded, 54 of which are sites of the Taosi culture. 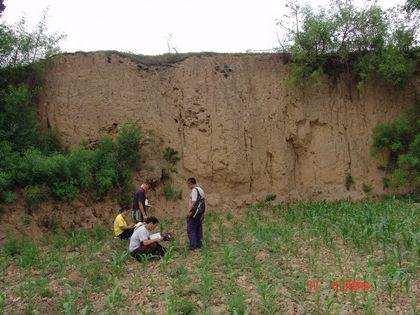 The Taosi culture settlements exhibits a five-tiered settlement hierarchy, with the 280 ha large Taosi site as the captical, two large sites 100 to 200 ha in size, 23 middle site 10 to 99 ha in size, 14 small sites 1 to 9 ha in size and mini sites smaller than 1 ha.  However, settlement patterns of the early and middle Taosi period were quite different. In early Taosi, there was a four-tiered settlement hierarchy, probably indicating a two-levels administration system with Taosi as the capital and the other sites as towns and villages. The two large sites appeared in middle Taosi probably as local central site in the northern and southern districts of the Taosi polity and formed a three-level administrative system with the capital, the yi central settlements and the towns and villages. Some towns may had certain control of the near by villages, which later become the fourth level of an increasingly complex administrative system.

Some evidence shows that some sites might have special functions such as the transportation port, pottery making workshop and quarry, and may provide certain service to fulfill the need of the Taosi, the capital.It seems that the political center had moved in the late Taosi period. 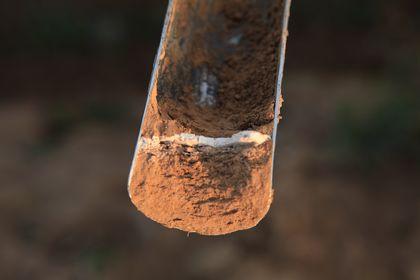 The coring took 60 days from October to December in 2010 and covered an area of 15 ha. Some 227 of the 6626 coring holes show the evidence of certain features including the one city wall, eight rammed earth foundations, 165 ash pits, four ash ditches, 27 house foundations, two burials, 13 kilns, four activity areas, two drainages and one water tank. 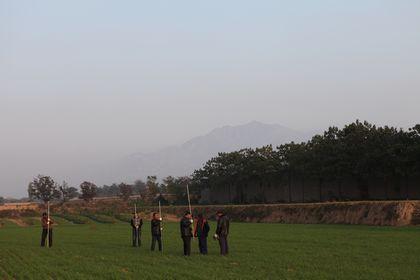 One of the important discoveries by the coring is a small walled area in the southwest of middle Taosi walled city. The newly discovered rammed earth wall 10YJ54, which is 83 m in length, 10 m in width, is parallel with the southern wall of the big city Q6, and 80 m from it, enclosing an area of about 1 ha within which were discovered two small rammed earth foundations, three small house foundations, two small cemeteries (probably one), one kiln for limestone making, four kiln for pottery making and 13 ash pits. It seems that this area might have relationship with pottery making clans of special social status. Sherds found during the coring were pieces of ritual vessels or mingqi vessels made especially for burial offering.

The drainage system includes one water tank (YJ63-64), one house (YJ57), the major ditch (YJ76) and the sub-ditch (YJ209). Besides, evidence of stone making was also found in the craft areas in the big city.     （Translator: Li Xinwei）