Excavators at the Moqi fortress, an archaeological dig site in Tacna, have discovered a tomb complex. 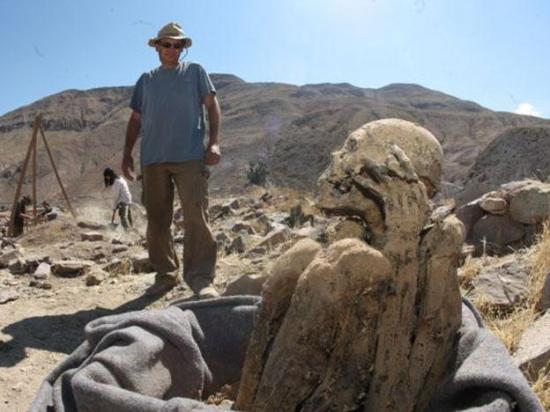 A dig in southern Peru co-sponsored by the US Institute for Field Research and the Universidad Privada de Tacna has resulted in some interesting finds for the archaeologists working at the site. El Comercio reports that investigators have found around twenty bodies at the tomb site, as well as a number of well-preserved earthenware vessels.

Among the bodies found at the Moqi tomb complex is a middle-aged man who researchers believe to be ethnically Incan. Other bodies at the site belonged to a local group not made up of an ethnic Incan population, reports El Comercio. However, the presence of Incan pottery, as well as clay artifacts made by the local population, has led investigators to believe that the inhabitants of Moqi definitely had trade relations and contact with the Incas.

Archaeologists were able to identify the middle-aged male as ethnically Incan because of the distinctive extra bone in his skull, known as the “Inca bone.” This kind of bone formation was unique to Incan people, indicating to scientists that the man may have been an official representative of the Inca empire living in the area, reports El Comercio.

Dr. Colleen Zori, co-director of the dig, expressed concern over the possibility of looters stealing artifacts from the site to sell on the antiquities black market. “The artifacts we’ve found aren’t worth much money on the market, but they’re of immense scientific value,” she told El Comercio, “We’ve found only a little copper, and definitely nothing made of silver or gold.”

Researchers hope to take samples back to the United States for further testing.