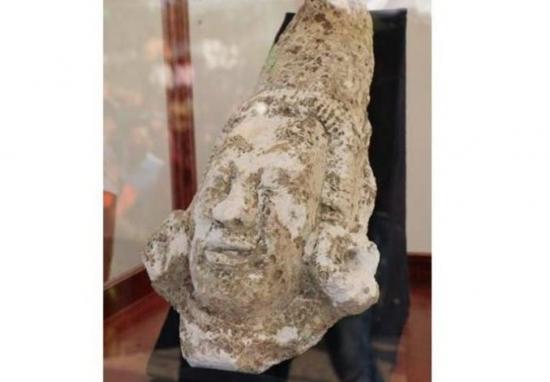 The monument was discovered in the state of Chiapas -  Gacetamexicana.com

Locals accidentally uncovered an ancient Mayan artefact while clearing debris on privately-owned land in the Mexican state of Chiapas.

The monument, believed to be the head of the Mayan god of maize and abundance, dates back to the late classical period between 600 and 900 AD. It was found underneath a house in the city of Suchiapa.

Archaeologists of the National Institute of Anthropology and History (INAH) identified the authenticity and antiquity of the artefact.

The monument has been kept at the Regional Museum of Chiapas since it was found in September 2016.

The Maya civilisation emerged from the Yucatan Peninsula, in the south of what is now Mexico and parts of Belize and Guatemala. It was one of the most advanced and iconic pre-Colombian civilisations.

It became fully established during the 3rd and 4th centuries BC, but reached the height of its power between 300 and 900 AD. The Maya people excelled in a range of disciplines, including agriculture, science, arts, pottery and architecture.

Impressive buildings and temples are a testament to their construction skills. Last year, archaeologists found the first-ever royal tomb at the ancient Maya site of Xunantunich, in Belize.

The majority of the Mayan stone cities were abandoned by 900 AD and, so far, archaeologists have been unable to explain the disappearance of such a powerful culture.