Crkvine and health in Balkan prehistory: house, roof and health

The fans of two-story houses in Balkan prehistory between the Carpathians and the Aegean will be very disappointed. As is known, narrative hypotheses about second floor have increased in the contemporary Balkan archaeological reports. Crkvine shows that it is possible to think about attic space only in one part of the house. This means the roof would be opened from the inner side, as a sustainable decision for keeping the balance between moisture (coming from cooking) and hit (coming from the roof), as well as for light coming in the room from roof windows. 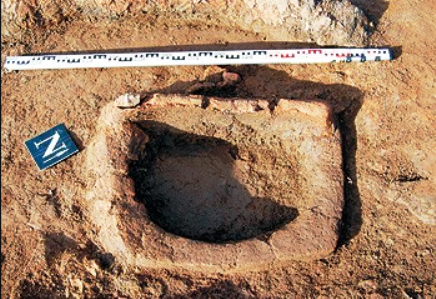 The gable roof is very functional and sustainable since allows rain and snow to run off easily. This function saved the prehistoric population from accumulation of moisture that causes many diseases caused by viruses, bacteria, and parasites. Open space from inside looks very logical as when the rain penetrated the inner space, through ovens and hearths the house can easily dry while existed ceiling over the whole space would cause accumulation of moisture in the attic during wet seasons. If the model includes an oven on the second floor, it ignores the opportunity for coming of light and healthy sun from the roof in the basic floor. According to the trustful village prehistoric plans from the Balkans, the houses are often documented close each to other (e.g. Yunatsite tell), then, the windows on the walls would not provide enough light for the everyday duties and regular living. Unfortunately, the paleopathology of the Balkans is not well developed because of absence of modern research on the all ranges of prehistoric diseases. There is a huge data-base of anthro- and zoo-osteological material which is usually study from the perspectives of very basic data, while it can show even whether light and sun were a problem for the prehistoric population style of life. A research on the Middle Age diseases from Serbia, including Crkvine has been published recently (Djuric et al. 2010).

It cannot be excluded two-story houses in the prehistoric Balkans (e.g. Drama) but they just need very serious argumentation in the archaeological record. 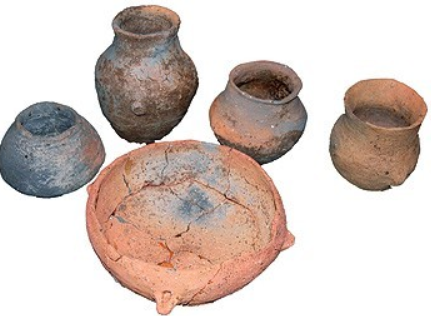 According to the authors, there were several villages from Vinca culture around Crkvine. If they all belong to later Vinca, it is a problem how to explain the end of this phenomenal culture. In light of data from Bulgaria, the end of Vinca is synchronized with the early Karanovo VI. Some direct analogies with Vinca D come from Sofia-Poduene, as it as proposed by B. Brukner. In eastern Serbia the Vinca material culture was overlapped by Salcuta-Krivodol-Bubanj complex, while in Banat – from Tiszapolgar. The mechanism of this change is still not very clear, but for some reasons the integrity of Vin?a culture was ruined and the communities adopted different styles according to the new directions of the cultural interactions.

It can be proposed that the disintegration of Vinca culture and changing of the network of circulation of ideas and people was a graduate process that still needs a deep research. It is possible that the newly discovered clay group is an evidence of the attempt to strengthen the cultural and social identity in a difficult for Vinca culture period.

Prehistoric past and archaeology

The excavations at Crkvine were sponsored by Serbian government funds. It is most wonderful to see how the state of Serbia regulates and stimulates nondestructive methods of archaeological excavations.

Archaeological excavations are an extremely sensitive matter. They are very active components of the national identity. Large prehistoric excavations, without any serious rescue character, damage the national identity, making the nation look inhuman since the prehistoric sites and monuments are essential cultural markers and attributes of the national identity. Every piece of information matters in prehistory as a cultural and scientific record. Last but not least, the microregional research can be successfully complimented by the data from the neighbor regions since the material culture and the style of living were similar over large areas.

Although some diggers still believe that there are possible excavations with poorly scientific goal or for gathering finds for local or national museums, the global consciousness has been developing much deeper humanistic understanding of the prehistoric past as a cultural heritage that has to be kept compact, without destruction. Such thinking also helps to enrich the meaning of the rescue excavations not only as a way to document past but to document the past in such way that provides a scientific information, that means these excavations need to include all technical equipment that usually is reserved for the excavations with a scientific goal. It is time when the archaeologists-scientists need to go to help the field diggers and assist them in scientific publications since the industrial age makes necessary so many rescue excavations, the information from which is very often either minimal or non-sufficient for serious scientific research.

1. There are different periodizaton and chronological systems of Balkan prehistory. According to the Serbian chronology, Vinca is a Neolithic culture. This chronology does not reflect the most important fact, that during Vinca culture was discovered and flourished the metallurgy of copper in the Balkans, including Vinca culture. In light of Karanovo chronological system which was adopted for the Balkans by the author, earlier Vinca is Neolithic (later sixth millennium cal BCE)  and later Vinca - a Copper Age culture (earlier fifth millennium cal BCE).

2. There is a typical error in some scholarly works regarding the end of Vin?a dated from the end of fifth millennium cal BCE and even later. This error is possibly based on the fact that post-Vinca cultures on its territory are not well investigated that fact allows to believe Vinca had very long duration covering the whole fifth millennium cal BCE. However, archaeological science is based on facts and there are missing contact data between later Salcuta - Bubanj - Krivodol and Vinca, or between Tiszapolgar and Vinca.