Being a prehistorian, I tend to see Stockholm as a cancerous growth. It has expanded for the past seven or eight centuries from small beginnings on an island right where Lake Mälaren debouches into the Baltic. In this process, the city and its suburbs have ruined or covered up great swaths of a pristine rural landscape and archaeology. Sitting on the border between the Medieval provinces Uppland and Södermanland, Stockholm has even managed to rearrange the country's provincial borders. A new-fangled Stockholm county now covers large chunks of the two older provinces.

An expanding city is, in the long term, an archaeological catastrophe. But Stockholm's expansion has also thrown up quite a number of sites and finds that would not have been known hadn't it been for the tumour. So in the short-term perspective, the city is both a blessing and a curse: it giveth and it taketh away archaeological data.

The other day Torun Zachrisson at the University of Stockholm kindly gave a me a good term paper written by one of her students, Caroline Nordquist. It's about the five known Viking Period silver hoards in and near urban Stockholm, that came to light in 1735 (Finnboda), ~1779 (Bägersta/Enskede), 1829 (Långholmen), 1892 (Inedalsgatan, Kungsholmen) and 1913 (Royal Inst Tech). Nordquist focuses on the Finnboda hoard which was found in my home municipality of Nacka. 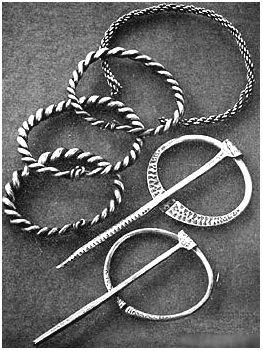 There are several interesting points in the paper. One is that these hoards concentrate at the Mälaren / Baltic narrows, much like the ones along the Stångån-Åsunden waterway south of Linköping that I write about in my forthcoming Östergötland book. Another is that hoards turned up near central Stockholm with some regularity until 1913, shortly before mechanical excavators replaced spades. In all likelihood we're still ruining hoards, it's just that we can't see them come out of the ground any more.

And then Nordquist offers two actual pieces of solid news in the paper. She has rediscovered an obscure published reference to the near-exact location of the 1913 hoard from the Royal Institute of Technology: near the rear right-hand corner of the main brick building, where the observation tower is. And she's solved the conundrum of the Finnboda hoard's weight introduced by Henrik Ahnlund in a 1966 paper.

Like most hoards found in the 1700s and early 1800s, the Finnboda hoard is not preserved in its entirety. And there has been some confusion as to how much silver it originally contained: either 0.8 kg or 7.6 kg. If the latter were true, the hoard would have been extremely large for the area. Ahnlund says that in a 1735 manuscript, one Johan Helin reports the weight as 1 skålpund and 25½ lod. In 1736, says Ahnlund, Helin then gives the weight as 572 lod. Ahnlund notes with pleasure that these weight figures are identical, which means that Helin must have been talking about a single hoard. But they're not identical. 1 skålpund and 25½ lod is 57½ lod, not 572 lod. What was Ahnlund thinking?