Was this a tool? Was it used for decoration? The experts do not understand the purpose of the 6,000 year old object from the Neolithic period. 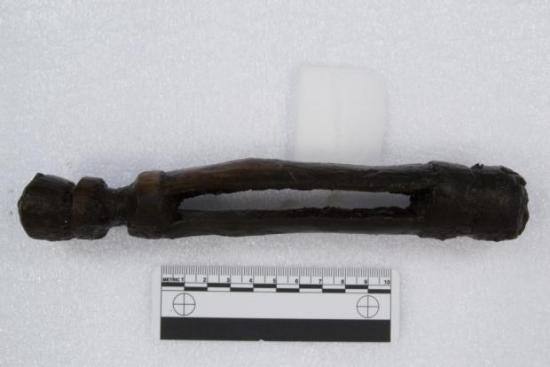 What is this tool? The archaeologists have no idea. (Photo: Trond Meling, Universitetet i Stavanger)

A mysterious object was found in a 6,000-year-old Stone Age settlement at Sømmevågen, near Stavanger Airport in Norway.

“The most magnificent artefact was found in an oval bed of rocks covered over with flat stones. By the flat stones we found a wooden tool about 20 cm long which had been painstakingly constructed,” says project leader Trond Meling.

Meling is an archaeologist at the University of Stavanger’s Museum of Archaeology. 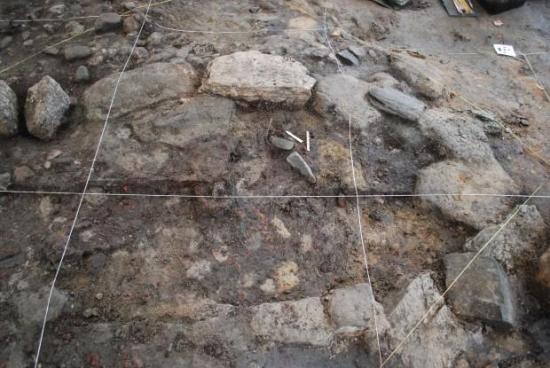 A 4000 year old grave where found in Sømmevågen, in the southwestern part of Norway. The picture shows the grave, including two axes laid out as the archaeologists found them. (Photo: Trond Meling, University of Stavanger)

“To date we haven’t figured out what this object is but it is probably some sort of tool. We still haven’t dated it but the circumstances of the discovery indicate that it is from the same time as the settlement, which is the Neolithic period.”

An arm and some teeth

Layer by layer, archaeologists have uncovered several settlements from this period (4,000-2,600 BC). Last summer they discovered an arm, which turned out to be 6000 years old.

First they found a bone from the upper arm.  Then they dug out parts of the forearm and a bit of the wrist. But no more. The rest of the man is not there. 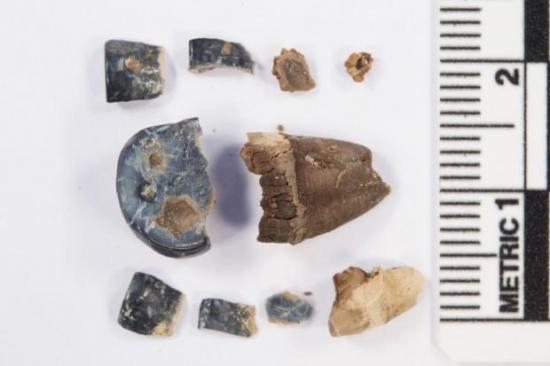 The picture shows molars from an adult human, found in a grave. (Photo: Trond Meling, University of Stavanger)

The archaeologists have more questions than answers about the place where the human arm was found. They do not think it is a grave. More likely it was a garbage dump, since they also found bones from animals.

The excavation also turned up the molars of a person, in what they do think is a grave.

“The grave is rectangular and about two metres long and one metre wide, lined with stones. It is rare to find such old graves in Norway.” writes Meling.

The grave also yielded three stone axes and a chisel.