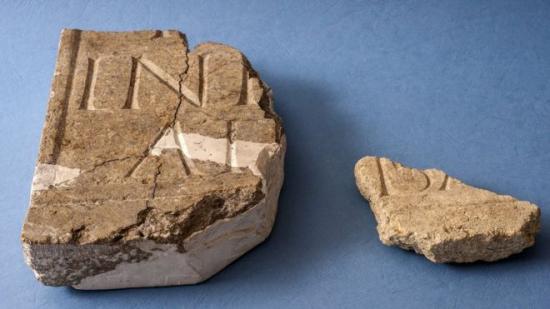 Two pieces of a marble Roman sign have been reunited after being discovered more than 100 years apart.

The relic was destroyed 2,000 years ago in a settlement known as Calleva in Silchester that is being excavated by University of Reading archaeologists.

They partly form "Atrebates", the name of a French tribe.

Its people are thought to have founded the settlement, now the site of an archaeological dig in modern-day Hampshire.

"Matching pieces which were discovered over 100 years apart to a 2,000 year old object is incredibly rare.

"The 2013 piece is special in its own right - evidence of very early destruction of a monumental building in the mid or mid-to-late 1st Century AD in Britain is exceptional - but little did we know about what was about to come to light.

"We now know what the bottom line of the sign reads - however the top line remains a mystery.

"It's a tantalising thought that this might link to Nero himself who is known to have commissioned major building projects in Silchester." 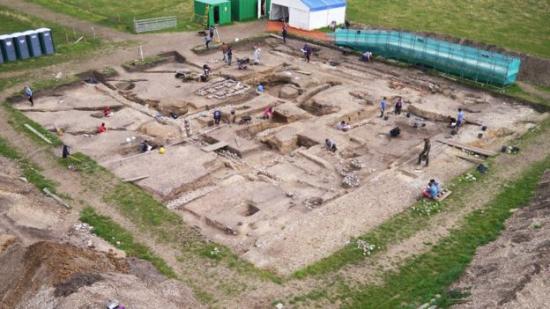 It is thought the marble slab may have commemorated the construction of an important building.

Archaeologists have also speculated the sign may have been smashed during Boudica's rebellion against the Roman Empire.

After its excavation, Dr Roger Tomlin, a Roman inscriptions expert, confirmed the pieces were from the same object.

The lettering and the dimensions of the slab matched, he concluded.