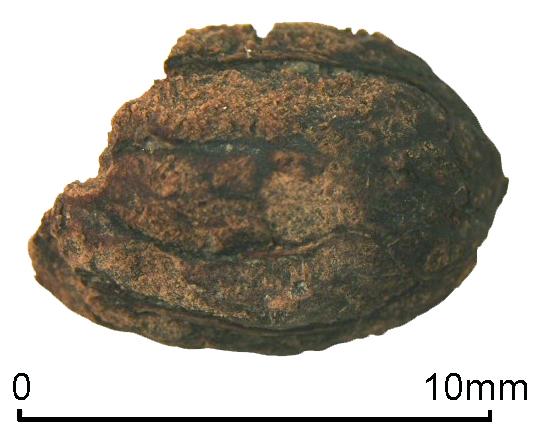 Ongoing excavations at Silchester, Hamps., (CA 250) have uncovered the first evidence that Britain’s inhabitants were enlivening their meals with Mediterranean flavours before the Roman conquest – including Britain’s first Iron Age olive.

Previously it was believed that only liquids such as olive oil and wine were imported across the Channel in the Iron Age. But now University of Reading archaeologists have found celery and coriander seeds – used as seasoning – and an olive stone at the bottom of a late Iron Age well, all pre-dating AD 43. Another well yielded a celery seed from the same period, and several dill seeds dating to c.AD 40-50.

‘Topics such as global food trade, food security and self-sufficiency may seem like issues only for the present day, but this unique discovery shows just how sophisticated Britain’s trade in food and global links were, even before the Romans colonised in the first century AD,’ said project leader Prof. Mike Fulford, who has been researching Silchester for the last 40 years.

‘ We take these culinary treats for granted, but over 2,000 years ago trade in these foodstuffs would have been essential – at least for the wealthy tribal aristocracy of Iron Age Britain.  A journey to Britain from the Med would have taken several weeks, either by sea around the coasts of Spain, Portugal and France, or overland through France.’ 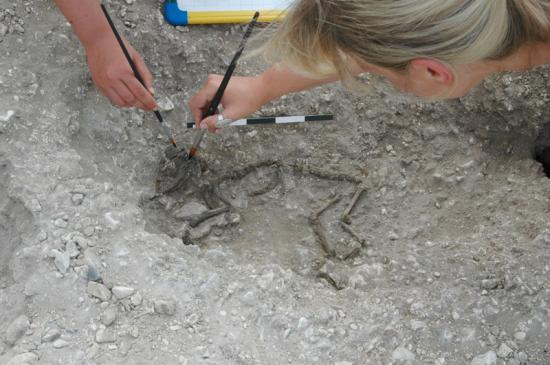 Another rare find from the last season of excavation at Silchester was the skeleton of a ‘toy’ dog, standing about 29cm high at the shoulder, similar to a modern poodle. Its remains had been placed in a normal, relaxed position as if it were resting – suggesting that the animal was a beloved pet that had been given a formal burial.

‘Very small dogs of this period are very rare finds,’ said Professor Fulford. ‘Only half a dozen or so examples of this period have been recorded across Britain and it may have been bred on the continent and imported to Britain – another luxury like the olive. ‘

The University of Reading has been excavating the Roman town at Silchester since 1974, and in 2008 Prof Fulford and his team found the first evidence of its Iron Age origins.

Professor Fulford said: ‘The finds from last season were very exciting and we are hoping for more this summer to take forward our rapidly expanding knowledge of Iron Age and earliest Roman Silchester.  The remains we are uncovering this summer span the period between Julius Caesar’s invasions of Britain in 55/54 BC and the immediate aftermath of the Roman conquest of the Emperor Claudius of AD 43/44.  We have come a long way back in time – more than 400 years – since the Insula IX project began in 1997.  One of the big questions we are addressing this summer is the character of the Roman military presence from AD 43/44.’