A bird's-eye view of remnants of Shimao ancient city. (Photo/cnwest)

Chinese archaeologists have discovered altar relics at the ruins of a neolithic city, which indicate religious culture at that time.

An initial survey showed the eight-meter-high altar had a three-tiered structure with a stone base 90 meters long. Jade relics and pits for offerings as deep as three meters were found nearby, said Sun Zhouyong, deputy head of the Shaanxi Provincial Institute of Archaeology on Feb 20.

Excavation has not started at the altar, outside the walls of the Shimao Ruins in Shenmu County.

Archaeologists have collected some jade for further research. They excavated over 80 human skulls last year.

Shimao Ruins were discovered in 1976 , but archaeologists did conduct a a thorough survey until last year, which led to more discoveries.

The city was found to have inner and outer structures, and the walls surrounding the outer city extend over four square kilometers.

The city was built about 4,300 years ago and abandoned roughly 300 years later during the Xia Dynasty (2100-1600 BC), the first dynasty in China described in historical chronicles. 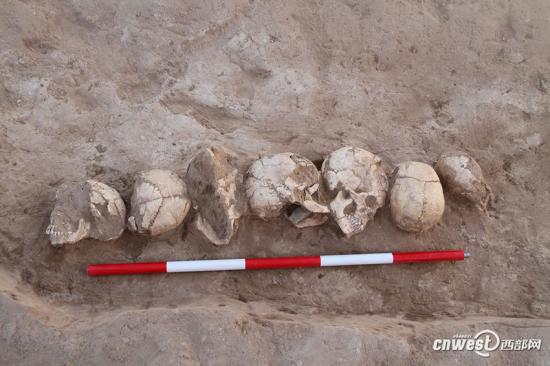 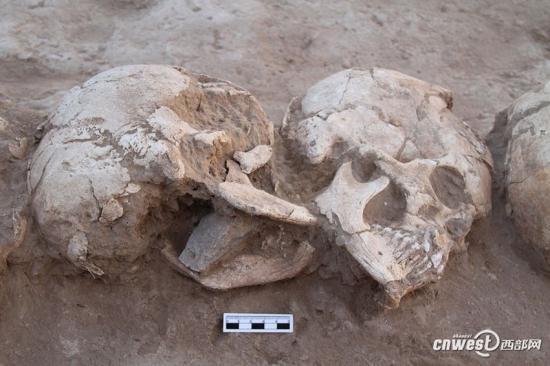 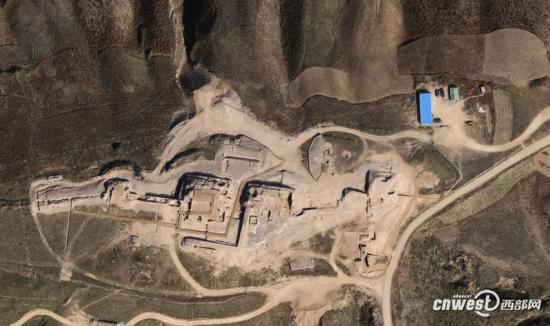 An aerial view of remnants of Shimao ancient city. (Photo/cnwest) 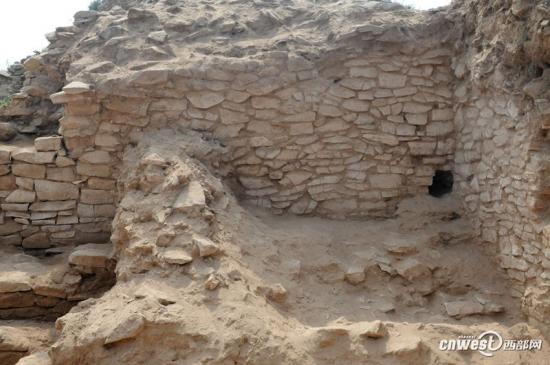