The M1 chamber of the Zhang Anshi Mausoleum complex, located in Northwest China's Shaanxi Province, has been unveiled to the public. M1 is the only tomb among many chambers at the site that was spared from any raids. Now, let's take a look inside.

After two-and-a-half hours cleaning, the door to the M1 chamber was totally exposed. The chamber measures two meters in height, and around one-and-a-half meters in width.

Once the door is open, archeologists are greeted with funerary items, all in the color red. 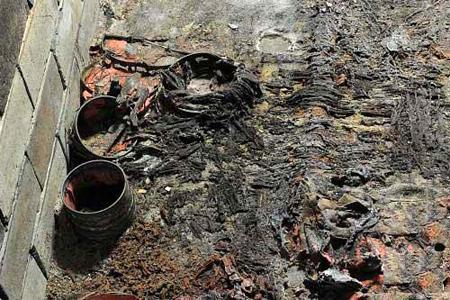 Zhang Zhongli, deputy director of Shaanxi Archeological Institute, said, "The pieces resting in the front are all lacquer wares with metal decorations, which are of great historical and aesthetic value."

To the elation of experts, M1 is confirmed not to have been plundered at all after their initial examination on location.

Although the tomb chamber is kept well protected, archeologists say decay has set in greatly after some two thousand years, which hampers relic protection. 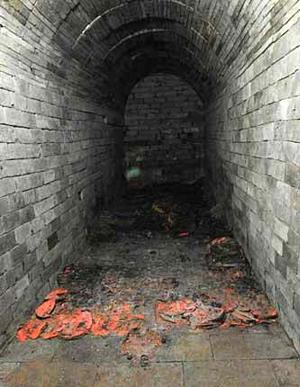 Zhang Zhongli said, "We are greatly challenged by the harsh conditions here. But we are fully prepared for all the possible difficulties, like how the relics can be unearthed without any damage and kept well protected once they are exposed. We will also continue our research on the costumes and the accessories that this tomb owner wore."

The expert adds that it will help them find out the identity of the one buried deep down inside M1.

M1 is one of the tombs of the mausoleum complex of Zhang Anshi, a minister in the reign of Emperor Wu of the Western Han Dynasty more than two-thousand years ago. Zhang then continued to assist three emperors in securing their power, and was granted nobility status.

Previously experts assumed that the owner of M1 was a relative of the Zhang family.