A 5000-year-old water system has been unearthed during the second season of a rescue excavation project at the Farash ancient historical site at the Seimareh Dam reservoir area in western Iran.

The pipeline of a 5000-year-old water system is seen in a trench dug by an archaeological team during a rescue excavation project on the beach of the Seimareh Dam.

An archaeological team led by Leili Niakan has been carrying out a second season of rescue excavation since March after the Seimareh Dam came on stream, the Persian service of CHN reported on Monday.

The team plans to save ancients artifacts and gather information about the ancient sites, which are being submerged by the dam that became operational in early March. 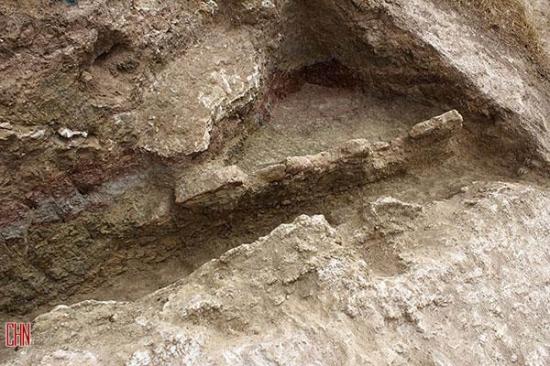 This system, which comprises a small pool and an earthenware pipeline, was discovered on the eastern beach of the dam on the border between Ilam Province and Lorestan Province, Niakan said.

Part of the water system has been submerged as the water level has risen. However, the team covered that part of the system beforehand to save it for more archaeological excavations while the dam is out of commission.

Each earthenware conduit measures about one meter in length and it is likely that they were made and baked in this region, Niakan stated.

The team is still working on the site to unearth the rest of pipeline, which may lead the archaeologists to the source of pipeline, she added. 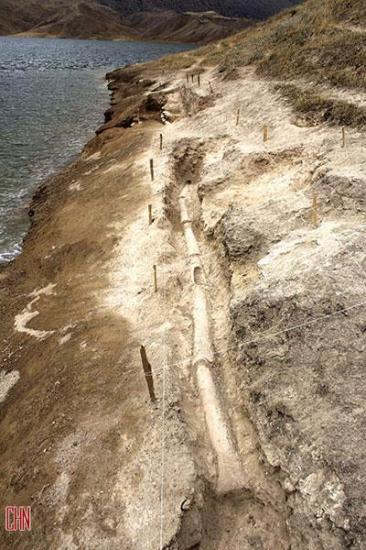 Over 100 sites dating back to the Neolithic, Bronze Age, Copper Age, Stone Age, Parthian, Sassanid, and early Islamic periods were identified at the dam's reservoir in 2007.

Afterwards, 40 archaeological teams from the Iranian Center for Archaeological Research (ICAR) were assigned to carry out Iran's largest rescue excavation operation on the 40 ancient sites at the reservoirs of the dam in the first season. 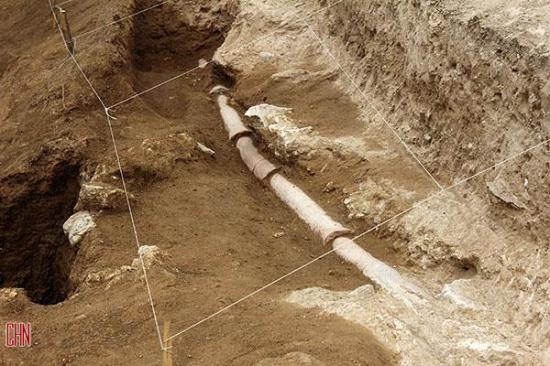 Signs of the Mesopotamians' influence in the region were also identified by studies carried out on the ancient strata at the reservoir.

Most of the sites have been flooded by the dam and the rest will go under water after the filling of the dam is completed.