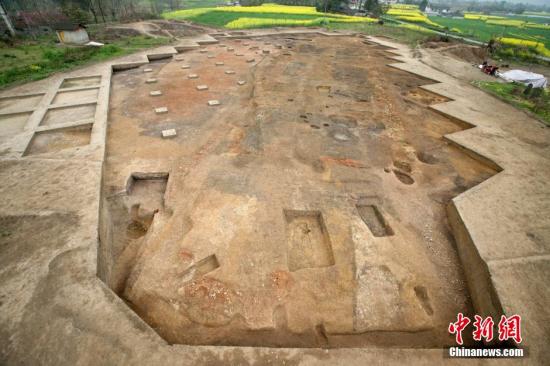 Experts say the discovery of the walls finally gives them a complete outline of the city. (CNS/Zhong Xin)

After five consecutive years of excavations, Chinese archaeologists have unearthed the northern section of the city wall at the Sanxingdui site, and found that the area most likely belonged to the ancient state of Shu in present day Sichuan province, according to the provincial archaeological research institute on Thursday.

The northern city wall at the ancient Sanxingdui site in Sichuan province has been uncovered. (CNS/Zhong Xin)

Experts say the discovery of the walls finally gives them a complete outline of the city, as the eastern, southern and western parts of the wall had already been uncovered. The lost Sanxingdui civilization is believed to have prospered for nearly two thousand years, from the late Neolithic to the early Western Zhou, says an archaeologist . 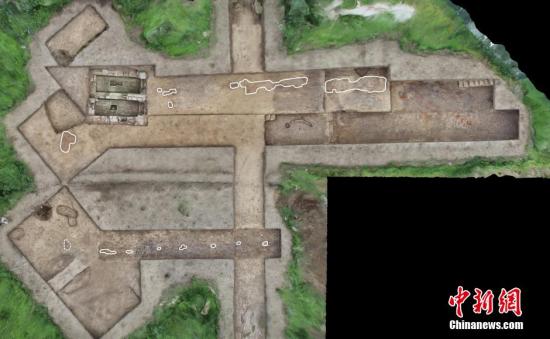 Sanxingdui is believed to have once been the largest city in southern China during the Shang Dynasty between 1600 BC and 1046 BC, and may have had its own emperor. The ancient Chinese city is even older than Rome, which was founded in 753 BC. But Sanxingdui remained hidden for thousands of years, and was only discovered again in 1929. 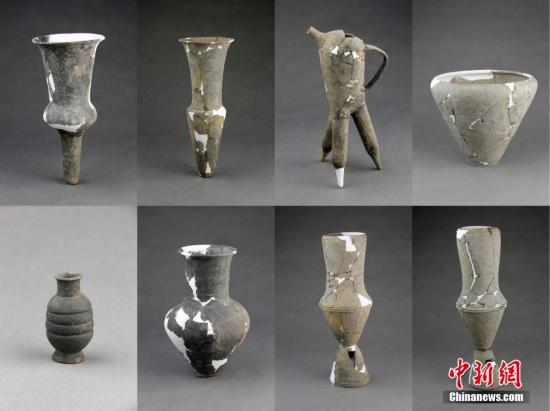 Precious artifacts such as jade tablets and gold foil have been found in the prehistoric Sanxingdui Ruins in southwest China's Sichuan Province, said archaeologists on Thursday.

The discovery of gold artifact early in 2015 was the first this century. Gold masks were unearthed there in 1986, when the excavation of the ruins, which date back to more than 3,000 years, began.

Five stretches of ancient city walls, discovered in the north of the site between 2011 and 2015, may be part of two small towns, which are 460,000 sq meters and 88,000 sq meters, respectively, said Lei Yu, head of the excavation work with the Sichuan Cultural Relics and Archaeology Research Institute.

The new findings showed the area was likely to be the core zone of the site where high-ranking people lived, he said.

The discovery of gold and jade proved the status of the buildings of at the site, said Lei. "It shows the Sanxingdui site remained rather prosperous in the early period of the West Zhou Dynasty (1046 BC - 771 BC)."

The Sanxingdui Ruins are in Guanghan City, some 40 kilometers from Chengdu, capital of Sichuan. They are believed to be remnants of the Shu Kingdom that suddenly disappeared some 3,000 years ago.

Listed among China's top 10 archaeological findings of the 20th century, the Sanxingdui Ruins, covering an area of 12 square kilometers, gave strong evidence of the diverse origins of Chinese civilization.

The place around the ruins was an ordinary rural area 100 years ago until a farmer, Yan Daocheng, found a bright piece of jade while digging a ditch in 1929.

Two sacrificial pits filled with more than 1,000 national treasures, including gold masks, bronzeware, jade tablets, ivory and sacred trees, were discovered in the area in 1986 when workers were digging clay for bricks.

In 1988, the Sanxingdui Ruins were put under state-level protection.