The hair of mummies from the town of San Pedro de Atacama in Chile reveals the people in the region had a nicotine habit spanning from at least 100 B.C. to A.D. 1450.

The finding refutes the popular view that the group living in this region smoked tobacco for just a short stint before moving on to snuffing hallucinogens.

"The idea was that around A.D. 400, people in San Pedro de Atacama (SPA) smoked tobacco in pipes, and then after that time, they gradually switched to inhaling dimethyltryptamines in snuffing trays," said study co-author Hermann Niemeyer, an organic chemist at the University of Chile in Santiago. "What we show is that's not correct."

The researchers analyzed hair samples of 56 mummies from the Late Formative to the Late Intermediate periods. 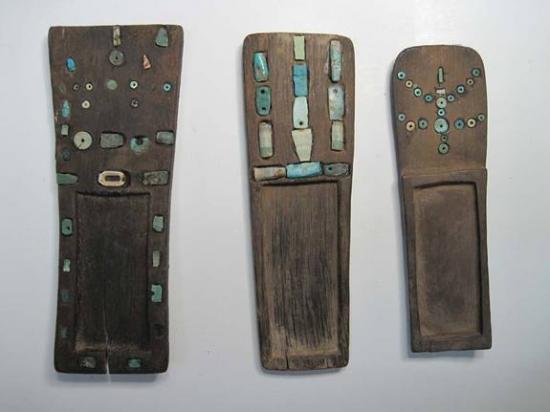 "The proposal one most often reads is that [the hallucinogens] were used mainly by shamans," Niemeyer told LiveScience. The witch doctors sometimes used the plants as psychoactive compounds to connect with the gods and spirits from beyond. At lower concentrations, the substances became the ingredients for remedies for diseases, sleep problems and other ailments.

"The shamans were supposed to not only cure things by directly using something that attacked the illness, but also by contacting spirits through ceremonies," Niemeyer said. 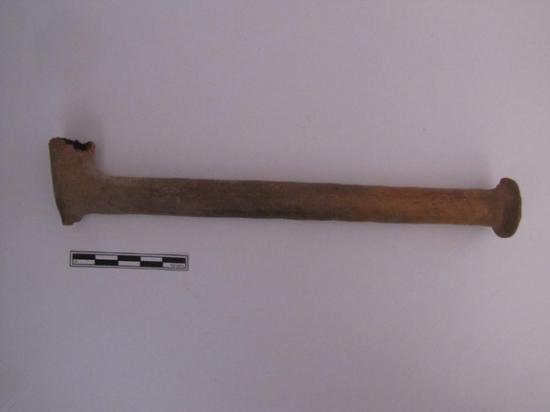 In addition to finding nicotine in hair samples from 35 of the mummies, spanning a range of years, the researchers also found smoking pipes. Overall, the results, which will be detailed in the October issue of the Journal of Archaeological Science, suggest nicotine consumption in pre-Hispanic SPA occurred continuously for hundreds of years and was performed by people of all social statuses and wealth. Credit: Francisca Gili

To get a better understanding of hallucinogen use in SPA throughout the ages, Niemeyer and his colleague Javier Echeverría analyzed hair samples of 56 mummies from the Late Formative to the Late Intermediate periods of SPA (100 B.C. to A.D. 1450). The mummies, Niemeyer explained, were in good condition, preserved naturally from the high temperatures, extreme dryness and high soil salinity in the Atacama Desert. Depending on the site, the mummies were either interred in the ground or entombed in "some sort of stony environment made for them."

A range of different objects were buried along with the mummies, such as jewelry, weapons, ceramic objects, raw metals, textiles, vases and various snuffing paraphernalia, including mortars, trays and tubes. The researchers used the number and type of objects as a proxy for the mummies' social and wealth statuses.

The team found nicotine in the hair of 35 mummies, spanning the full range of years. "The finding of nicotine was definitely unexpected," Niemeyer said. In the archaeological record of SPA, smoking pipes are gradually replaced by snuff trays after around A.D. 400 — previous studies found evidence of nicotine in smoking pipes, but not in snuffing powder or snuffing paraphernalia, which were often associated with tryptamine alkaloids.

The team didn't find traces of tryptamine alkaloids in the hair samples, though this doesn't necessarily mean people didn't consume the cebil compounds. "When you inhale dimethyltryptamines, the body takes care of destroying it before it gets to the hair follicles," Niemeyer said.

The results, which will be detailed in the October issue of the Journal of Archaeological Science, suggest nicotine consumption in pre-Hispanic SPA occurred continuously for hundreds of years and was performed by people of all social and wealth statuses, Niemeyer said.