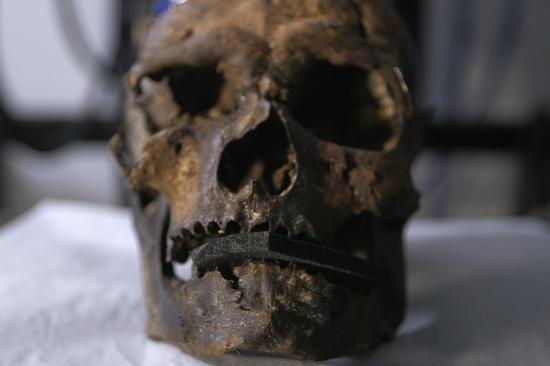 Scientists and archaeologists at the University of Manchester have uncovered evidence that our ancestors carried out ritual human sacrifice ... in Salford.

The discovery, captured on camera for an upcoming Channel 5 documentary, was made during a ground-breaking CT scan of the 1,900-year-old remains of ‘WorsleyMan’ - whose head was found in a Salford peat bog in 1958.

Worsley Man, now kept at Manchester Museum but thought to have lived around 100AD when Romans occupied Britain, has been X-rayed before - but never with such an advanced scanner. 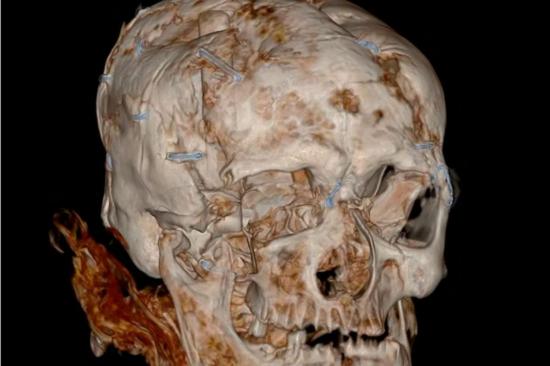 According to archaeologist Dr Melanie Giles from the University of Manchester this object appears to be a ceremonial spear tip that snapped off when thrust into him. 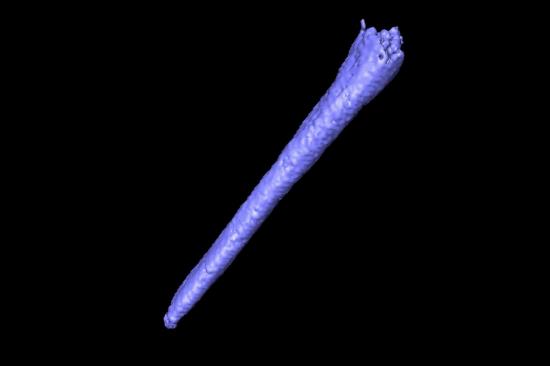 Forensic analysis has revealed that the Iron Age victim was also smashed over the head with a heavy blade, garrotted and decapitated - in a gruesome group attack.

Dr Giles said: “It’s revealing a completely new injury that hasn’t seen the light of day for nearly two thousand years. To see it on a computer screen is no less exciting than finding it in the soil and uncovering it with your trowel. It’s a modern way of making discoveries and that’s ground-breaking and very exciting.”

Remarkably, this vicious killing in a bog does not appear to be a one-off.

Worsley Man is one of dozens of Iron-Age bodies unearthed in peat bogs throughout Northern Europe that show signs of violent death. Many of these iron-age victims have been incredibly well preserved by the bog.