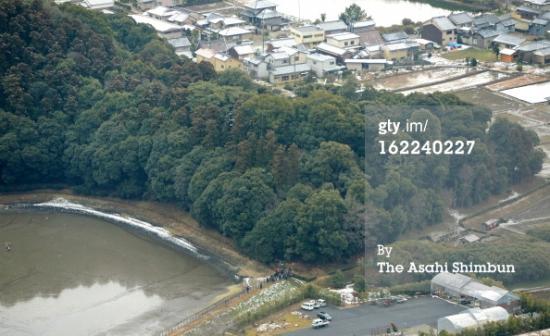 In this aerial image, the Hashihaka Ancient Tomb is seen on February 20, 2013 in Sakurai, Nara, Japan. The tomb, some researchers believe Queen Himiko’s, is open for the investigation for the first time due to the tomb is under the Imperial Household Agency. (Photo by The Asahi Shimbun via Getty Images)

Researchers were finally allowed by the Imperial Household Agency to make an on-site survey of the ancient Hashihaka Kofun tombs in Sakurai, Nara Prefecture. This could lead to confirmation whether or not the burial mound is of Queen Himiko, an obscure ancient Japanese queen. 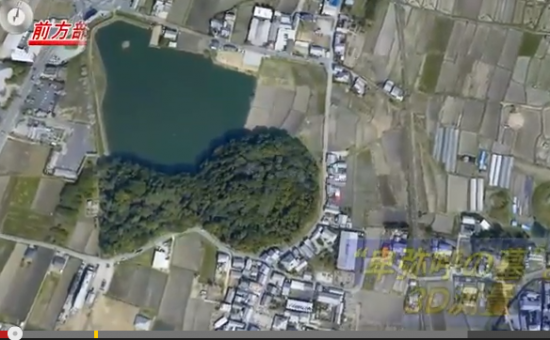 Sixteen researchers representing fifteen academic societies were allowed access to the Hashihaka (Chopstick Tomb) Kofun (Tumulus) for research purposes. Even though they were not allowed to excavate or take soil samples, the inspection marks a major step towards uncovering and understanding ancient history. This ancient burial spot has been of interest to academic scholars because it is believed to be closely linked to Yamatai-koku, an ancient country in Wa (Japan) during the late Yayoi period (circa 300 BCE — 300 CE). The Yamatai-koku is a hot topic in the archeological circles, with some pointing to the current Kinki region, including Nara, while others suggest the Kyushu southwestern region as the location of the ancient kingdom. 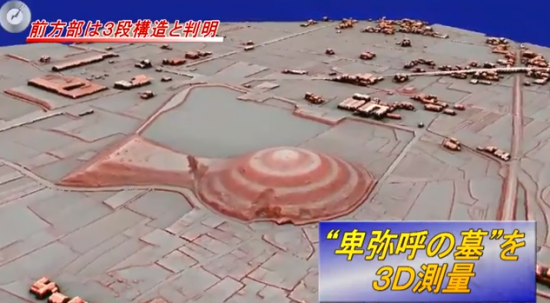 The Hashihaka Kofun is the largest and oldest tomb mound that is also believed to be the first tomb of a king of the Yamato Court, which later evolved into the Imperial Family. Based on ancient documents like the Kojiki (Records of Ancient Matters) and the Nihonshoki (Chronicles of Japan), Imperial burials were designated as the tombs of the Imperial family and have been closed to the public since the Meiji Era. But scholars and researchers believe that the tombs should be open to academic study since they are cultural assets. Since 1979, the Imperial Household Agency has partially opened the tombs once a year to the public while some parts of the tombs are repaired. Fumiaki Imao, an expert on Imperial burial mounds at Kashihara Archaeological Research Institute is hoping that they will allow more access for further studies.