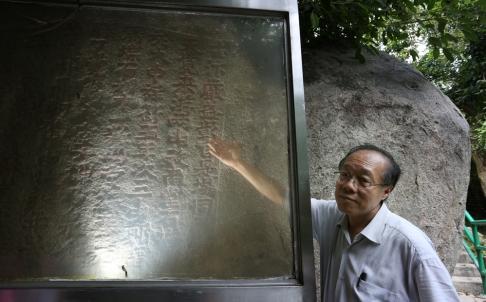 For Chiu Wai-shing, the discovery of ancient relics in Kowloon City may not just shed more light on Hong Kong’s past but could also open a new chapter in his family’s history.

For decades, members of the Chiu clan in Hong Kong have been researching their past. Many believe they are the descendants of the Song dynasty (960-1279AD) royal family, members of which are thought to have fled to Hong Kong during the dying days of the dynasty, and have been actively attempting to reconstruct the family’s history.

The discovery of traces of a settlement dating to the Song or Yuan (1279-1368) era close to the site of the future To Kwa Wan MTR station have prompted a frisson of excitement.

An archaeological excavation on the 23,000-square-metre site, which started in late 2012 and is expected to be completed by September, has so far found thousands of items of relics dating back to periods ranging from Song to the early 20th century. Among the structures unearthed are wells, house structures and drainage channels dating back to Song or Yuan (1279-1368AD) dynasties.

“This discovery is very encouraging to us,” said Chiu, president of the Chiu Clansmen’s General Association of Hong Kong. “When the Song emperors came to Hong Kong, a large entourage of officials and soldiers followed them. They built houses and settled here. 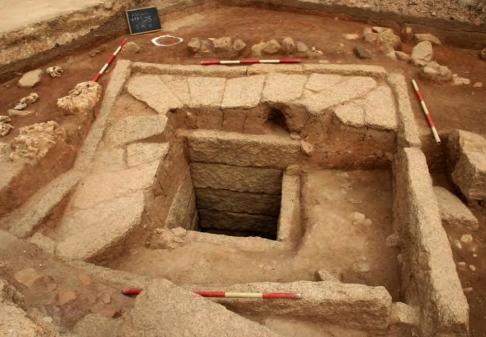 One of the wells uncovered by the archaeological dig. Photo: SCMP Pictures

“Although the relics at the MTR site may not be directly related to the Chius, we find them very meaningful. Through further studies, the wells and house foundations will tell us more about how people lived in that era.”

The story goes that two boy emperors of the waning Song regime, Zhao Shi and Zhao Bing, sought refuge in Hong Kong for several months as they fled to southern provinces. According to genealogical records, a bloodline of the royal Zhao family is connected to the Chiu clan in Hong Kong.

As the clan’s leader in the city, the 70-year-old Chiu collected some 600 signatures from clansmen and others last month to urger the MTR Corporation to rename the new station Sung Wong Toi or “terrace of the Song kings”, after an ancient boulder that stood nearby.

Founded in 1948, Chiu’s association has long promulgated heritage relating to their ancestors. In the 1950s, it wrote to the colonial government to call for the construction of Sung Wong Toi Garden in Kowloon City. The garden became the new home for the surviving part of the boulder; much of the original rock was destroyed when the Japanese occupation forces levelled Sacred Hill to extend Kai Tak airport.

“The Song Dynasty was a peak of Chinese cultural development. It represented an era of patriotism… we feel obliged to conserve the heritage and pass on our tradition,” Chiu said.

He suggested that a museum be built on Sung Wong Toi Playground to showcase the Song Dynasty artefacts unearthed, and backed the government’s decision to preserve one of the wells in situ.

“Culture needs to be passed on, but we don’t want to hinder modern development,” he said, reflecting on the debate between conservationists who favour keeping more of the relics in place and those who want progress on the long-awaited Sha Tin to Central rail link.

There are an estimated 70 million people with the surname Chiu, or variations thereupon, in China, with another 10 million overseas, according to Chiu. The association has about 600 members but cannot ascertain the exact number Chius in the city. The family name has many Romanised variants, including Zhao on the mainland, Chao in Taiwan, Chio in Macau, Cho in Korea and Chew or Chow in Malaysia and Singapore.

The association organises annual trips to the cenotaph of Emperor Bing in Shenzhen to commemorate him. It also joins the World Conference of the Chew Family Associations which is held every three year. Hosting duties rotate among different countries. Chiu convened the first conference, held in Hong Kong in 1995. The next conference will be held in 2016 in Kuala Lumpur.

Polytechnic University historian Dr. Ho Koon-wan, who specialises in Song dynasty history, said the names of the Chiu clan appeared to support the claim of a royal bloodline claim, and it would be technically feasible to verify the claim by DNA tests.

“There were also civilians surnamed Chiu, but their names did not have to follow the pattern set by couplets at the ancestral halls,” Ho said.