The Egyptian pygmy shrew (“Crocidura religiosa”) is one of the smallest species of shrew in Egypt. (Image Bibliotheca Alexandrina)

“Egyptian pilgrims coming to worship a god would buy a mummified shrew from the temple priest and present it as a votive offering,” explains Neal Woodman, shrew expert and U.S. Geological Survey Curator of Mammals at the Smithsonian’s National Museum of Natural History in Washington, D.C. “One way of getting your request to the gods was to have a messenger.” A mummified shrew or other animal associated with a particular god served as that messenger.

Today, C. religiosa and other ancient shrew mummies are the emissaries of a different message. Using X-rays to penetrate their linen-wrapped bodies, with “the right angle and a good image of the skull,” Woodman is able to identify what species they are. “I’ve been working with an Egyptian archaeologist who is also interested in animal mummies and animal mummification. I have been identifying shrews from the images that she sends me. It’s been interesting.”

Six species of mummified shrews have been identified, Woodman explains. “Of these, one species is extinct, and another no longer occurs in Egypt.” He is now attempting to create a simple identification key to the various shrew species of Egypt, one that archaeologists who find shrew mummies in temples around Egypt can use.

Compiling information on where species are found “will give us a little more information about the distribution of these different shrews during the time the mummifications were taking place,” Woodman explains. “Because the environment has dried out a lot since then, one of my questions is whether or not their distributions have also changed. It’s also a matter of simply trying to better understand the relationships among shrew species and get a sense of what species are alive there now and what species were there then.”

According to Woodman huge accumulations of animal mummies lie in catacombs–underground animal cemeteries—that are associated with the Egyptian temples. The type of animals buried in a particular necropolis depend upon the particular god or gods to whom a given temple or temples are dedicated. 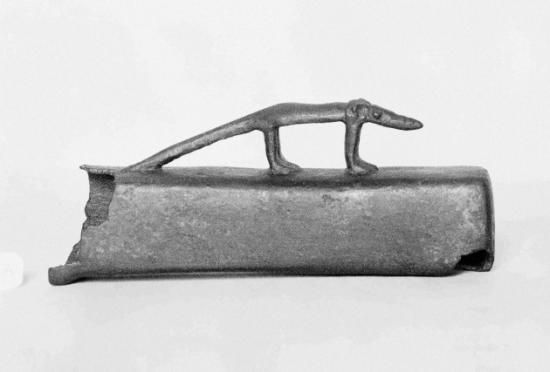 “People were constantly laying out these mummies.” Once a year the priests would clear out all the mummies and, at a number of sites, inter them in the catacombs. “Archaeologists have discovered catacombs filled with literally millions of mummies of different species: ibises, crocodiles, insects, mice and of course shrews…”

Another question Woodman hopes to answer is just where the temple shrews came from. It’s not easy to go out and catch one shrew, let alone thousands.

Archaeologists, Woodman explains, “have discovered certain areas where it appears priests were raising various animals. I’m guessing they were doing the same thing with the shrews. They wouldn’t be that difficult to keep I don’t think. One ancient Roman writer even writes about someone who was keeping shrews for a totally different reason: medicine.