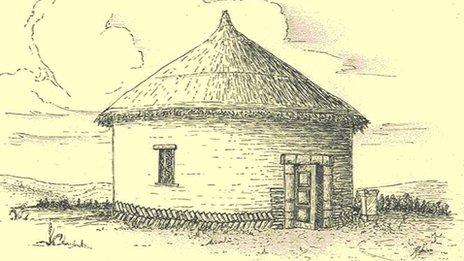 Archaeologists believe the shrine fell out of use in AD300

The team from Northamptonshire Archaeology investigated the site ahead of a 240-acre extension to the reserve by Anglian Water.

They found the remains of an Iron Age farmstead, and a shrine dating from about AD100.

Jo Everitt, Anglian Water's environment and heritage assessor, said: "Finding Roman shrines is not the norm, so we were delighted."

Roman sites had been found in the area at Collyweston Great Woods, 14km (eight miles) to the south-east of Rutland, and another to the north-west of Rutland Water, near Oakham.

However, nothing had previously been discovered near the lagoons along the western edge of the reservoir. 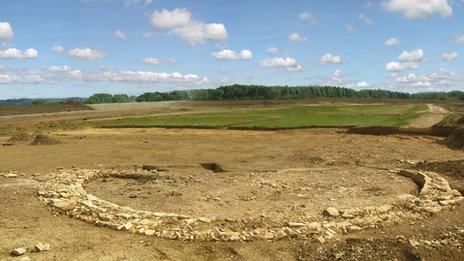 They also found more than 200 Roman coins, pottery jars, part of a small bronze figurine and deposits of animal bone, probably from the ritual sacrifice of lambs and cattle. 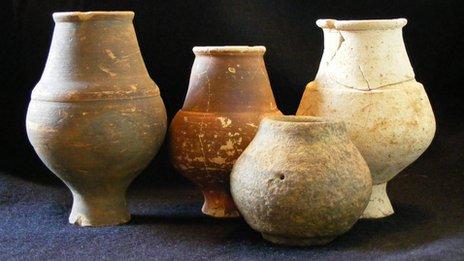 A skeleton of a man, aged about 30, was buried in a grave in the centre of the shrine. 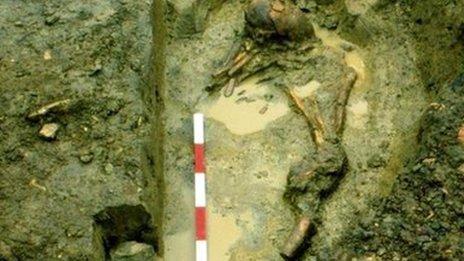 The archaeologists believe the shrine fell out of use in AD300.

Ms Everitt added: "We've recreated part of the foundation and wall of the shrine from the original stone on an area outside of the lagoons so visitors to Rutland can see what it looked like."

The findings from the dig are currently being displayed at the Rutland Water visitor centre.