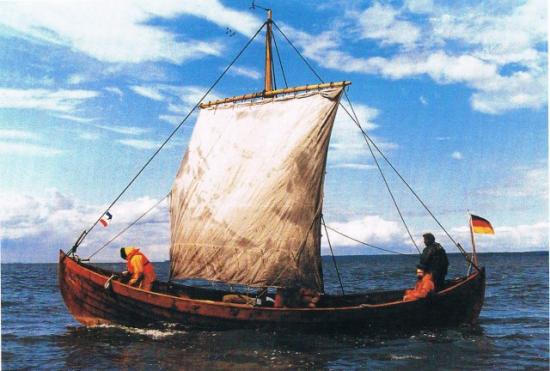 A significant archaeological discovery was made in the village of Ralswiek on the legendary island of Rügen in 1967. During roadworks an excavator dug out several oak planks from the ground.  The road workers took their finding to a team of archaeologists working nearby and those soon began archaeological excavations during which four ancient Slavic ships and a trading settlement was uncovered. The settlement was one of the most important ports on the Baltic coast existed the 8th century. It was proposed that Rujani (an early Slavic tribe) harboured their fleet in the place of archealogical discovery because it is located in the Bay area protected from sea storms. The village of Ralswiek was destroyed by the enemies, most likely by Danes. This is evidenced by the traces of fire and hidden treasure of 2,203 Arab dichroism.

Archeologists estimated that the ships were built in 977 from wood grown in Rugen or Pomorze. The use of wooden dowels showed that the builders of the ship were Slavs. Vikings used metal nails during those times.

In 1999, the archaeological community of Mecklenburg released a small but well illustrated booklet describing the history of reconstruction. Two identical Slavic boats were reconstructed one of which can now be seen in Gross Raden. The next photos are from aforementioned booklet. 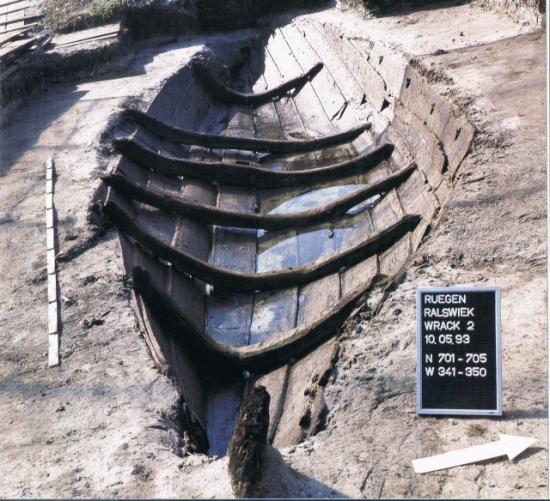 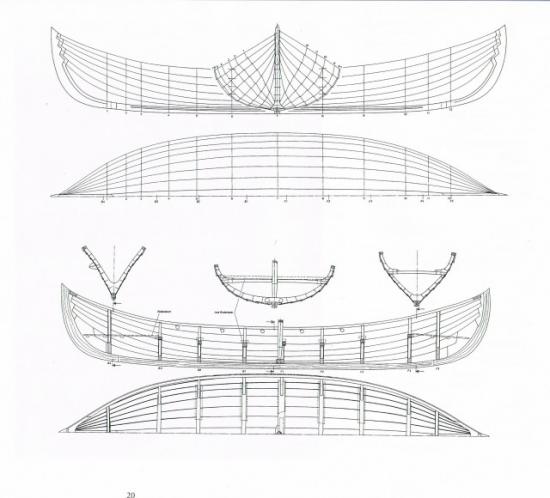 The diagram of dug out items

The reconstructors started the project. First, copies of excavated items were cut out from cardboard.