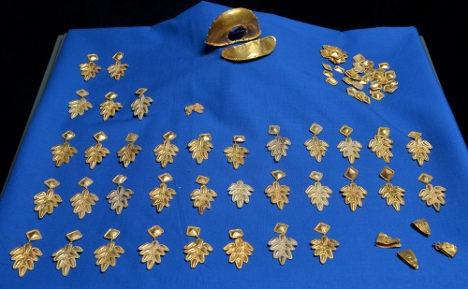 The collected gold jewellery pieces on display on Tuesday as part of the cache of barbarian treasures unearthed in Rhineland-Palatinate.

German archaeologists have recovered a find of over a million euros worth of Roman gold and silver jewellery from an amateur treasure hunter who dug it up illegally in a forest.

The unnamed treasure seeker came across the buried treasure, estimated to be worth more than €1 million, while searching a wooded area in southern Rhineland-Palatinate with a metal detector.

The trove includes a number of leaf-shaped solid gold brooches which are thought to have formed part of the decorations from a coat of high office which once belonged a very important Roman ruler. They date from the late antiquity period - around the time of the fall of the Roman Empire. 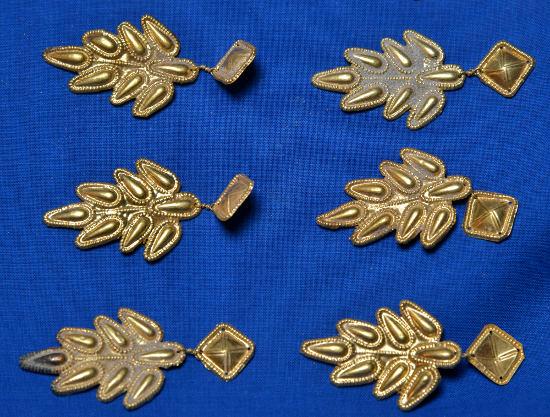 Golden brooches from a ceremonial garment

Experts say the find could be the largest and most magnificent collection of late antiquity pieces ever found in Germany. It also includes a solid silver bowl set with gold and stones and a set of gold and silver plated statuettes which formed part of a military commander's portable chair. 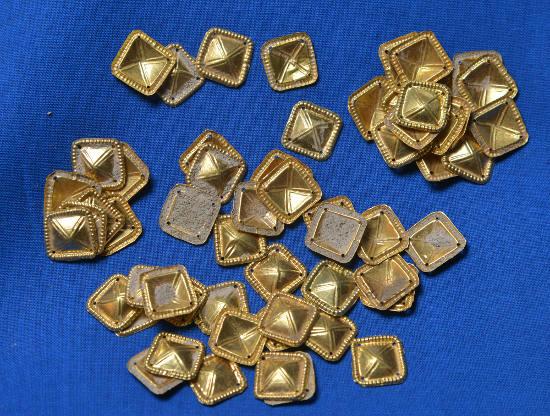 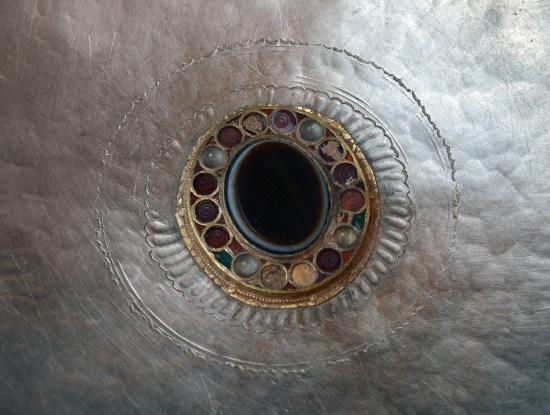 Stones set in gold, at the centre of a solid silver bowl. 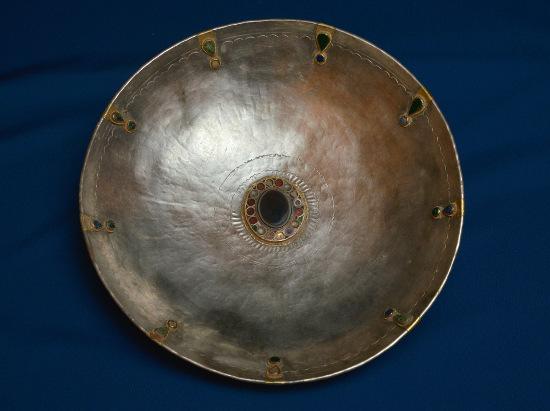 The treasure hunter initially kept his discovery secret and is thought to have sold off part of it on the black market, but it was seized by the authorities when it came to their attention.

"The looter rendered up [the pieces] himself - but only under pressure from investigators," said Ulrich Himmelmann, head of the Speyer branch of the state archaeology authority.

Prosecutors in the west German state are now investigating the case and will attempt to uncover any further missing pieces, said von Berg, without elaborating further on the circumstances or charges against the finder.

Experts say the treasure, some of which appears Eastern European in style, was buried around 1,500 years ago about the time when Germanic Teutons were plundering and pillaging their way through the crumbling Roman empire. 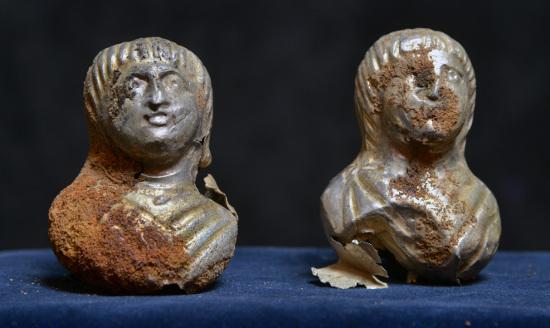 Silver statuettes believed to be from a military commander's chair 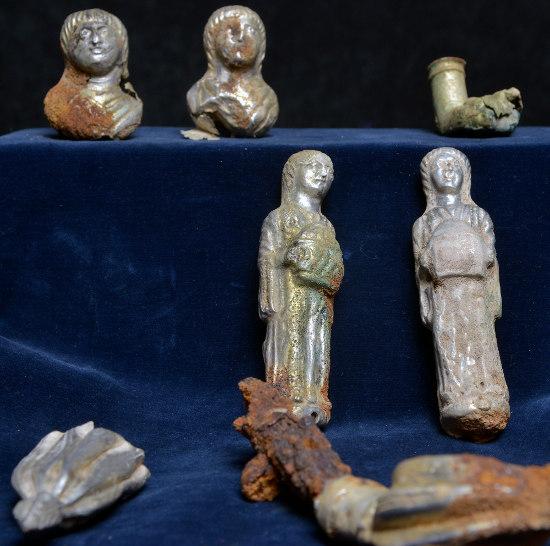 More silver items believed to be part of the military commander's seat. The finder is thought to have destroyed the chair while digging it up.

In the chaos, the so-called barbarians were looting valuables from Romans and each other. Either a Roman ruler buried the treasure as they fled the area or it was hidden by a barbarian and never recovered.

Archaeologists say the thousands of amateur treasure hunters armed with metal detectors are a nuisance and pose a serious danger to historical artifacts.

They often damage or destroy pieces when they dig them up and then attempt to sell them off on the black market and destroy the dig site.

In this case, a silver folding chair was "brutally torn out of the earth and destroyed," said von Berg. The find will soon appear on display to the public in a special exhibition, said Rhineland- Palatinate Culture Minister Doris Ahnen.

In Rhineland-Palatinate searching with a metal detector is a minor offence, but taking the find is a criminal matter under property laws. Not telling authorities about the find can lead to a fraud prosecution, while selling it on can end in a charge for dealing in stolen goods.