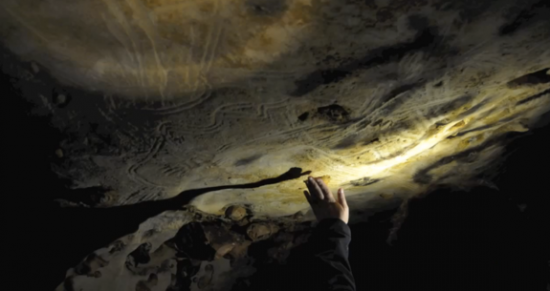 Among the Paleolithic artists who left behind paint-decorated caves were kids as young as 3, a new study finds.

In fact, finger-painting tots were quite prolific 13,000 years ago in the Cave of a Hundred Mammoths in France, according to Cambridge archaeologist Jess Cooney, who presented her findings last week at a conference on the archaeology of childhood at Cambridge University. The main art form was finger flutings, decorative lines made by people running their fingers along cave walls.

"So far, we haven't found anywhere that adults fluted without children," Cooney said in a statement. "Some of the children's flutings are high up on the walls and on the ceilings, so they must have been held up to make them or have been sitting on someone's shoulders."

The most prolific child artist, Cooney said, was a girl of 5.

The Cave of a Hundred Mammoths at Rouffignac is splashed with ancient paintings of mammoths, horses and rhinoceroses, along with the fluted lines. Archaeologists peg these paintings at 13,000 years old, at minimum. The creators were probably people of the Magdalenian culture, the same group that created the famous cave art at Lascaux, France. 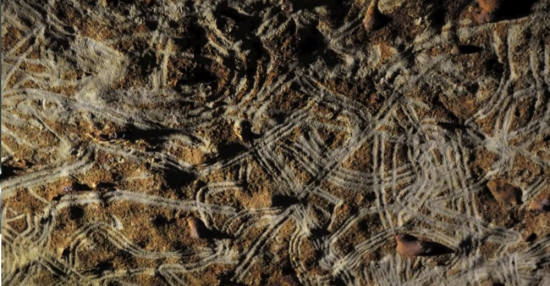 Ancient peoples dragged their fingers through the soft stone on cave walls to create these "fluting" marks. CREDIT: Cambridge University

Researchers have known since 2006 that some of the flutings in the cave were created by children. But Cooney and her colleagues measured finger widths from thousands of modern-day people, enabling them to identify precise ages for individuals under the age of 7 based on finger-traces alone. With clear impressions, researchers can also tell with up to 80 percent accuracy whether the child-artist was a boy or girl.

The youngest cave artist appears to have been 3, Cooney said. The researchers have identified four individual children whose work appears multiple times in the cave; of those, two are girls, Cooney said.

Studies of other European cave art suggest that teenage boys were also accomplished graffiti artists, even in prehistoric times.

Children of the cave

"One cavern is so rich in flutings made by children that it suggests it was a special place for them," Cooney said. But researchers don't know whether this Paleolithic kid zone was a play-place or a spot used for some sort of ritual.

In addition to the simple line flutings, there are also cartoon-like flutings of animals and shapes on the cave walls, Cooney said. Some of these shapes are the work of children as well.

"The presence of children is everywhere in the cave," Cooney said, "even in the passages farthest from the entrance."