During ongoing excavations of prehistoric settlements at Syltholm east of Rødbyhavn in Denmark, archaeologists have been investigating an area of land located on the periphery of a settlement. In the Mesolithic and Neolithic, the area was overgrown with reeds, but excavation has identified numerous tools and bones that prehistoric people had deliberately placed into this liminal zone. 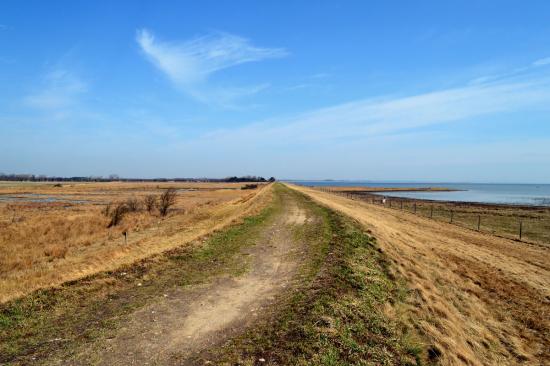 Careful deposition in a Danish marshland

Interestingly, archaeologists have been able to recognise patterns in the way these artefacts are sorted by type and function and then deposited according to certain rules rather than just being randomly cast into the shallow water. The current understanding of this area is now more subtle than ever before as it is possible to separate different activities through time.

The main concentration lies around the first centuries of the Neolithic period (ca. 4000-3500 BC in this region) when technologies for the new way of life came to Denmark from Central Europe via Germany.

Locals did not easily leave their old ways with both Mesolithic style hunting and fishing being practised in parallel with the introduction of agriculture and animal husbandry.

Since the earliest farmers, livestock such as cattle, sheep and goat did not occur in wild forms in Denmark, and the earliest grains did not exist here, so archaeologists can be certain that they are all imported at the beginning of the Neolithic period.

The situation is quite the opposite with most new tool types that characterise the early Neolithic period in Denmark. Almost all were made from local materials and generally exhibit a smooth evolution from late Mesolithic typologies. Few recovered tools have a character that allow them to be recognised as “foreign” in the environs of the Lolland region. 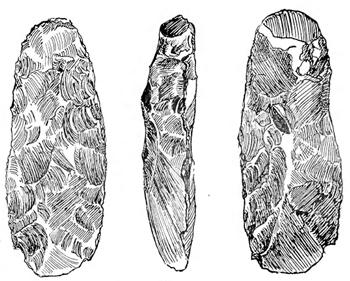 Among the best known tools that are definitely “foreign” and of central European origin are the chert “skolæstøkser” (shoe-last celts) which are named after their characteristic shape. This type of axe or adze, dates from the period just prior to the Neolithic in Denmark. The appearance of these items however suggest a connection to mainland Europe via Germany and although they do not directly bear witness to the Neolithic incomers, they do give a clear picture of cultural exchange that is beginning during the transition in the Danish region.

A recent find from the the current excavation could again reinforce a German connection in the form of a heavy red-deer antler axe which still contains a small fragment of the original wooden handle.

Archaeologist Søren Anker Sørensen from the Museum Lolland-Falster explains,“The axe can not be directly attributed to a German origin from the raw material, but the design of the artefact nevertheless gives an indication of the direction of cultural exchange”.

Although antler axes are made throughout the Mesolithic period and continue into the Bronze Age as rarer tools, this unique type called the ‘T-shaped antler axe’ is common only in Jutland and Northern Germany towards the end of the Mesolithic period. The best guess would be that the artefact has come the same way as the skolæstøkserne, namely across the Fehmarn to Syltholm.

Today, the new tunnel to Germany is located at the shortest crossing place. These and other finds must represent a similar consideration  during the advent of the Neolithic as the new farmers transported grain, cattle and strange axes north into what is now Denmark.

Leo Verhart, Contact in stone: adzes, Keile and Spitzhauen in the Lower Rhine Basin. Neolithic stone tools and the transition from Mesolithic to Neolithic in Belgium and the Netherlands, 5300-4000 cal BC. Journal of Archaeology in the Low Countries 4-1 (October 2012)