The finding of the 17-year-old girl's grave adds more evidence that henges were linked to death rituals. 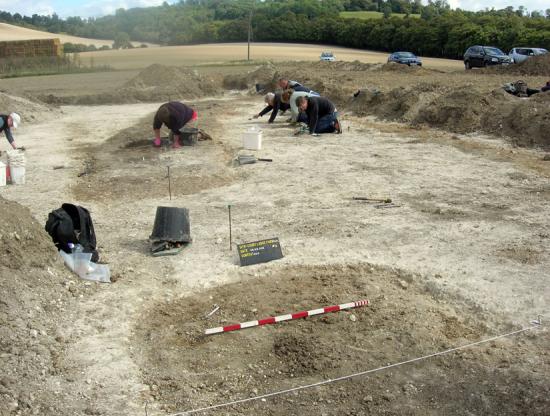 Four to five thousand years ago, a wealthy teenage girl was laid to rest in a grave at what archaeologists believe is a newly found henge in Kent, England.

The discovery of the 17-year-old's grave -- along with a unique prehistoric pot inside of a ringed ditch near two other women -- strengthens the idea that important death-related rituals took place at many of these mysterious ancient monuments when they were first erected. 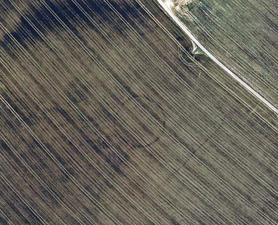 The grave site, seen from above, revealing the ringed ditch that circles the graves. credit: Kent Archaeological Field School

"What is becoming clear is that with a series of major excavations in Kent linked to road and rail works, and new aerial photography, there are many circular earthworks that look part barrow and part henge, and like the one fully excavated example at Ringlemere (Kent), some of these may be both," said archaeologist Mike Pitts, publisher of British Archaeology, where a summary of the recent finds appears.

"This comes after many years in which archaeologists believed there were no henges in south-east England at all," Pitts told Discovery News.

Staff from Oxford Wessex Archaeology, during recent extensive excavations, discovered the early teen's grave on the Isle of Thanet, Kent, near what is now Manston Airport. The girl was buried laying on her side with flexed limbs, with an unusual pot standing by her right elbow.

Pitts explained that the pot consists of three small bowls joined together. Separately made pots were joined with bridging clay before decorating and firing, he suspects. Neil Wilkin, a researcher at the University of Birmingham studying early vessels, said the features of the pot confirm its suspected age and attribution.

Only one other example of multiple joined pots from the time has been seen before, Pitts said. In that other case, just two small bowls were attached together.

Two other women, aged 25-30 and 35-50, were also found buried inside the 72 feet-wide ditch. It remains unclear if the number of attached pots was somehow tied to the number of women found at the site. What is clear is that they must have been wealthy individuals. A conical amber button was located near the teenager's head. She might have then worn clothing bejewelled with amber accents.

A separate Kent excavation, near Maidstone, uncovered the new likely henge. Such monuments are seen across Britain, but this latest one may be only the second henge known to exist in south-east England.

Pitts said the henge "is 49 meters (161 feet) across with clear entrances at the north-west and south-east...Two parallel straight ditches were seen apparently preceeding the ring ditch on the west, and two lengths of enclosing ditch were also exposed."

Paul Wilkinson, who conducted the dig and is director of the Kent Archaeological Field School, found charcoal, bones and pottery laying on the surface of both ditch terminals. Some of the pottery was discovered crushed and in tight clusters with small fragments of burnt bone, suggesting the pots had been urns holding cremated remains.

"The clincher will be if it is Grooved Ware," said Pitts, who explained that this type of decorated pottery tends to be associated with many henges.

Kent may be home to even more henges, according to archaeologist Paul Hart of the Trust for Thanet Archaeology. He explained that "sandstone doggers (boulders) can be found in deposits which are exposed in the cliff of Pegwell Bay and may also exist in pockets along the southern coast of the Isle."

Accessibility to materials like these boulders, and the stones of Stonehenge, likely influenced where early monument builders worked. But henges made of wood were probably even more common, leaving behind what are now often difficult-to-detect traces of their existence.