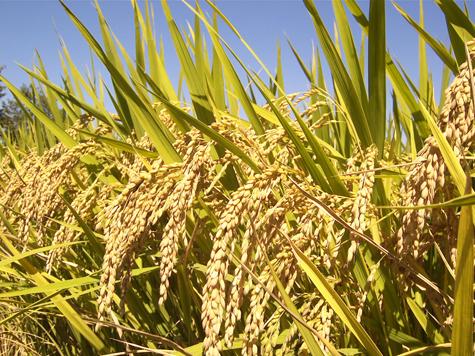 Rice originated in China, a team of genome researchers has concluded in a study tracing back thousands of years of evolutionary history through large-scale gene re-sequencing. Their findings, which appear in the latest issue of the Proceedings of the National Academy of Sciences (PNAS), indicate that domesticated rice may have first appeared as far back as approximately 9,000 years ago in the Yangtze Valley of China. Previous research suggested domesticated rice may have two points of origin -- India as well as China.

Asian rice, Oryza sativa, is one of world's oldest crop species. It is also a very diverse crop, with tens of thousands of varieties known throughout the world. Two major subspecies of rice – japonica and indica – represent most of the world's varieties. Sushi rice, for example, is a type of japonica, while most of the long-grain rice in risottos are indica. Because rice is so diverse, its origins have been the subject of scientific debate. One theory—a single-origin model—suggests that indica and japonica were domesticated once from the wild rice O. rufipogon. 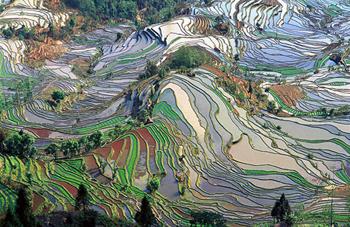 Another—a multiple-origin model—proposes that these two major rice types were domesticated separately and in different parts of Asia. The multiple-origin model has gained currency in recent years as biologists have observed significant genetic differences between indica and japonica, and several studies examining the evolutionary relationships among rice varieties supported more than domestication in both India and China.

In the PNAS study, the researchers re-assessed the evolutionary history, or phylogeny, of domesticated rice using previously published datasets, some of which have been used to argue that indica and japonica rice have separate origins. Using more modern computer algorithms, however, the researchers concluded these two species have the same origin because they have a closer genetic relationship to each other than to any wild rice species found in either India or China.

In addition, the study's authors examined the phylogeny of domesticated rice by re-sequencing 630 gene fragments on selected chromosomes from a diverse set of wild and domesticated rice varieties. Using new modeling techniques, which had previously been used to look at genomic data in human evolution, their results showed that the gene sequence data was more consistent with a single origin of rice.

In their PNAS study, the investigators also used a "molecular clock" of rice genes to see when rice evolved. Depending on how the researchers calibrated their clock, they pinpointed the origin of rice at possibly 8,200 years ago, while japonica and indica split apart from each other about 3,900 years ago. The study's authors pointed out that these molecular dates were consistent with archaeological studies. Archaeologists have uncovered evidence in the last decade for rice domestication in the Yangtze Valley beginning approximately 8,000 to 9,000 years ago while domestication of rice in the India's Ganges region was around about 4,000 years ago.

"As rice was brought in from China to India by traders and migrant farmers, it likely hybridized extensively with local wild rice," explained NYU biologist Michael Purugganan, one of the study's co-authors. "So domesticated rice that we may have once thought originated in India actually has its beginnings in China."

"This study is a good example of the new insights that can be gained from combining genomics, informatics and modeling," says Barbara A. Schaal, Mary-Dell Chilton Distinguished Professor of Biology at Washington University in St. Louis, who is also a co-author. "Rice has a complicated evolutionary history with humans and has accompanied them as they moved throughout Asia. This work begins to reveal the genetic consequences of that movement."