Revealing the mysteries of the Maya script 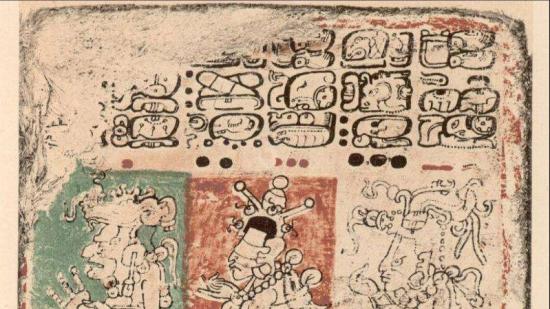 EPFL researchers have come up with an algorithm to analyze Mayan writing. This project could one day contribute to translating this complex and still partially unknown language.
While some five million people still speak a language that evolved out of Mayan civilization in South America, the written language has suffered a different fate. The secrets of the classical Maya were lost with the destruction of most works during the Spanish conquest in the 16th century. Only three codices have been preserved, and they are in museums and institutions in Paris, Dresden and Madrid. These documents contain precious data for the researchers who are seeking to discover the secrets of this pre-Columbian writing, much of which remains obscure (10 to 15% of the symbols are not known). Researchers at Idiap, a research institute affiliated with EPFL and with the new Digital Humanities Laboratory of the College of Humanities, are harnessing the power of computers to help archeologists and epigraphers make significant progress in their work.

The researchers, working closely with the Maya writing specialists, have analyzed thousands of hieroglyph signs, which are symbols that represent a sound, or also a meaning. Maya texts are often written in the form of blocks. A block could contain one or multiple glyphs, representing a sound, a word or even an entire sentence. "Each image tells a story," said Rui Hu, a researcher working on Social Computing at Idiap. "Sometimes we can guess their meaning with the help of people who still speak this language today, and also by using glossaries." The task is particularly difficult because the hieroglyphs are difficult to decipher in the historical documents owing to their age and state of deterioration. What's more, pre-Columbian writers sometimes drew the symbols in different and creative ways, varying by era and location. And then there are those symbols that look like each other yet mean something completely different. 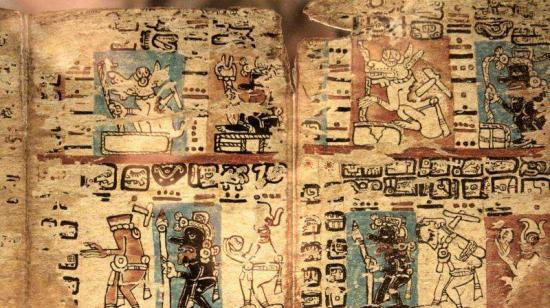 A real conundrum for archeologists and epigraphers, who still spend a significant amount of time poring over catalogs to identify each symbol. Thanks to the work of the Idiap researchers and the involvement of Maya writing specialists from Bonn University in Germany, high quality representations of the hieroglyphs found in the three known works have now been created and will be catalogued digitally. The researchers will then be able to use this tool to quickly identify a given hieroglyph and its meaning, and to see, for example, what the most common combinations of symbols observed in the same 'block' of text are. "This research is of great interest to mayanists, given the potential of such novel multidisciplinary approaches for overcoming obstacles resulting from applying more traditional methods", said Carlos Pallán Gayol, researcher at Bonn University.
Online database

This interdisciplinary project with the contribution of the University of Geneva will eventually lead to an online database that the scientific community will be able to use to research, compare and annotate texts in the quest to expand our knowledge of Mayan writing and iconography. "By combining the work of the Maya experts with IT-based tools, we can make fascinating progress," said Rui Hu. Progress that may someday lead to machine translation – something like Google Translate for historians.