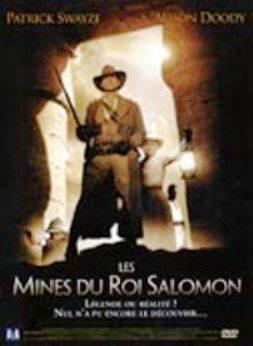 Alan Boyle writes: Did King David and Solomon actually exist? The long-running debate over the accuracy of biblical accounts is resurfacing on TV and in print.

David is one of the best-known figures in Jewish scriptures -- thanks to his stone-slinging victory over the giant Goliath, his divine selection as king of the Israelites, his purported authorship of the Book of Psalms, and of course his linkage to Christian and Muslim tradition. His son, Solomon, was described as the builder of the first Jewish Temple, famed for his wisdom and wealth but also for his failings.

The biblical stories raise a huge question for archaeologists: If these guys were so famous, why did they leave virtually no trace on the region's historical record? Some experts suggested that the real-life David and Solomon were, at best, minor figures in the ancient Middle East whose reputations grew in the centuries that followed. According to these experts, the Jerusalem of the 10th century B.C. was little more than a hill-country village, and nothing like the glittering city described in the Books of Chronicles.

This is why there's been such a buzz over a few pieces of evidence that have emerged in recent years:

Such trails of evidence are the focus of "Quest for King Solomon's Mines," premiering tonight on PBS public-TV stations; as well as "Kings of Controversy," National Geographic's cover story for the December issue.

The TV show, which is a joint production for National Geographic and the "Nova" documentary unit, focuses on the copper mining operation in Jordan. That excavation, led by anthropologist Thomas Levy of the University of California at San Diego and Jordanian archaeologist Mohammad Najjar, has turned up ancient copper-smelting equipment and a huge ancient cemetery -- as well as carbon-dating samples that suggest the site was at its peak during Solomon's reign. The evidence also suggests that the operation was disrupted at the end of the 10th century, just as described in the Bible.

Skeptics say that carbon dating isn't precise enough to confirm whether the copper-smelting site was controlled by the biblical Solomon or by a later local dynasty. And in an interview, Levy acknowledged that the evidence collected so far could not conclusively link Solomon to the lucrative copper trade.

But Levy said the copper mining site holds ample evidence that local authorities rather than the Egyptians or Assyrians were in control of the operation. What's more, the scale and complexity of the work that needed to be done -- including the maintenance of a huge force of slave laborers -- would be beyond the organizational capability of hill-country villagers.

"There were state-level societies living in southern Jordan at the time," he said.

When Levy began this work, he didn't set out to prove that David and Solomon actually existed. "I'm an anthropologist," he told me. "I'm not a biblical scholar. The way that I excavate is how prehistorians work. ... I didn't really have an ax to grind in that debate."

In light of the recent discoveries, however, Levy has come around to the view that "we need to re-examine the relationship between all the historical texts," including the Bible.

"It's an important resource that we shouldn't neglect," he said.

Levy and his colleagues detail their point of view in the September issue of the journal Antiquity. "We used the biblical archaeology experience in Jordan as an example of how you could do this anywhere in the world," he said. For example, he said, Icelandic sagas could be useful for untangling Scandinavian archaeology, or the Mahabharata could shed light on the ancient history of India.