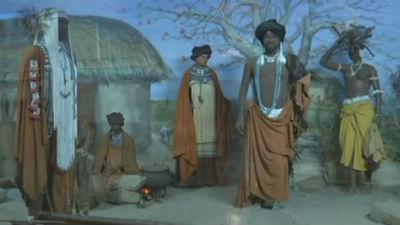 Following extensive field work around the Pondoland area, the researchers have set up a lab at the East London Museum to scrutinise their findings.(SABC)

A team of anthropologists from Arizona State University in the US is probing the early life of the Pondoland people living along the Eastern Cape's wild coast.

The team of anthropologists is currently in the East London. Their research will focus mainly on the early AmaMpondo people's relationship with the sea and how they lived off its fauna and flora for centuries without tempering much with it.

"Pondoland is a very unique place it has really stable coastline, abundant plant and animal foods and it has a specific kind of geological rock that promote rock shelters and we like to study those shelters because they preserve those very fragile oncological remains that would be destroyed in an open space," says Research Team Leader, DR Erich Fisher.

Following extensive field work around the Pondoland area, the researchers have set up a lab at the East London Museum to scrutinise their findings.

East London Museums’ Kevin Cole says: "Our province is a story book out there. Focusing a lot of attention on this part of the coast is long overdue. So we are very excited that the project is here and as you can see the team are hard at work already."

Apart from regular visits to the area the team hopes to refine their research by tapping into the memories of community elders.