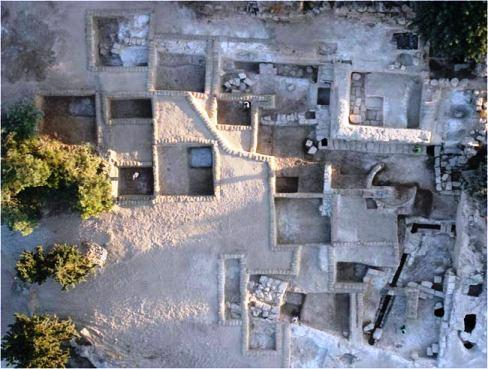 Volunteers from all over the world travel to the dig site of Ramat Rachel near Jerusalem (aerial view shown here). Credit: Boaz Gross, Tel Aviv University. 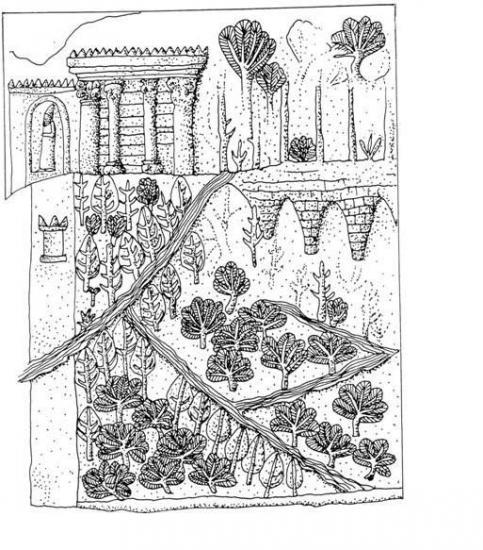 This sketch by the scientists shows what the Ramat Rachel gardens may have looked like around the 7th century B.C. Credit: Boaz Gross, Tel Aviv University. 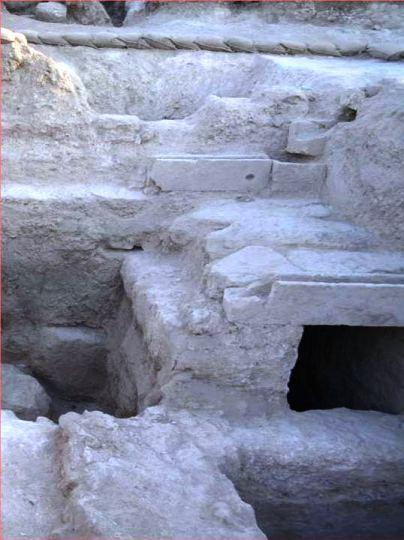 The irrigation system in the Ramat Rachel gardens included open channels and closed tunnels for water to travel though, as well as stone-carved gutters and the framework for elaborate waterfalls. Credit: Boaz Gross, Tel Aviv University.

A newly discovered 7th century B.C. palace garden near Jerusalem could reveal details about how royals liked to let loose in ancient times.

Researchers from Tel Aviv University and Germany's Heidelberg University uncovered the royal garden at the site of Ramat Rachel, a kibbutz (communal farm) in Israel, and are leading the first full-scale excavation of this type of archaeological site in Israel.

The garden was a massive and lush green space royals would use to relax. Such pleasure spots were once the ultimate symbol of power, according to the researchers.

In fact, the garden would have been the most prominent feature of Ramat Rachel, visible from the west, north and south, said researcher Boaz Gross, a graduate student in archeology at Tel Aviv University.

One of the main features of the Ramat Rachel gardens is its intricate irrigation system, the likes of which have never been seen before outside of Mesopotamia (home of the famous Hanging Gardens of Babylon). The irrigation system includes open channels and closed tunnels for water to travel though, as well as stone-carved gutters and the framework for elaborate waterfalls.

When the garden was built, being able to control water — especially in the desert — was a great show of political strength.

Based on their analysis, the researchers think Ramat Rachel was built by the Judeans, but commissioned by foreign powers. The archaeologists hope to study the site more to unravel its story, and shed new light on the complicated political maneuverings between the various empires that ruled in Israel. The site was in use from the 7th to the 4th centuries B.C., a period that saw many wars and exchanges of power, with the garden evolving under each civilization.

According to the researchers, the first phase of the garden can be dated back to the 7th century B.C., when Judah became a vassal kingdom of the Assyrian empire.

"It is our assumption, due to a combination of our finds at the dig correlated with historical texts, that the garden and the main parts of the citadel were constructed during this period, and probably following some kind of 'order' of the empire, or at least to facilitate the needs to raise taxes to it," Lipschits told LiveScience in an e-mail.

"The abundance of stamped jar handles, a form of administrative-economic system, from the Assyrian, Babylonian and Persian periods (7th-4th centuries B.C.), indicate the site was in use throughout the changing of powers, and the lack of destruction layers suggest the transition went smoothly in Ramat Rahel, and that it continued with its original purpose — an administrative center of produce distribution," he said.

The researchers are using a combination of excavation methods to study the garden site. For example, botanical and agricultural analysis will reveal which plants and animals lived in the garden, while geological inspection should show where the soil originated. The scientists are also studying the plaster inside water trenches to try to find hidden pollen remains.

"Proper excavation will provide an essential tool to future researchers," Gross said. "We are carefully deciphering what we have in front of us. There are no parallels to it."

The researchers' findings will be reported in an upcoming issue of the journal Near Eastern Archaeology.