Rakhigarhi (Inde): excavation on RGR 4, the fourth of the seven mounds

Once upon a time in Rakhigarhi 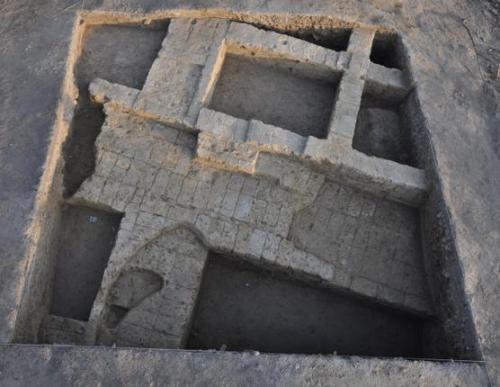 The well preserved granary, built with mud bricks and lined with lime and grass to ward off insects and moisture. Photo: Ramesh Sharma

A 10-foot-wide lane separates the twin Haryana villages of Rakhi-khas and Rakhi-shahpur. “Well, it is nine feet in some parts and 11 in others but mostly it’s 10 feet,” observes Wazir Chand Saraooe, a retired schoolteacher with a proclivity for precision. The hamlets are among the most important sites of the Harappan civilisation outside Mohenjodaro. Clubbed together as Rakhigarhi by the Archaeological Survey of India (ASI), the area has also emerged as the largest Harappan site, spread over 350 hectares at last count. A recently concluded excavation has also gathered more evidence to support the theory that the origins of the 5,000-year-old civilisation can be found here. 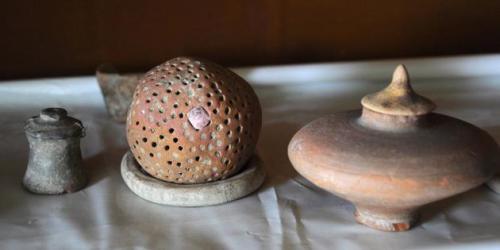 The four-month-long excavation, led by Professor Vasant Shinde of Deccan College, Pune, was carried out on RGR 4, the fourth of the seven mounds dug up in Rakhigarhi. Among the major finds of the dig, which wrapped up in April, are the discovery of a near-intact granary and artefacts from the early to late phase of the ancient civilisation. At the moment, however, there are few signs of the dig. The excavated mounds have been covered with fresh soil and ziggurats of dung cakes. The ASI fence running along its perimeter has stopped no one; villagers continue to cut across the seat of the Harappan civilisation to reach their fields and children unearth priceless artefacts to sell them for a few hundred rupees to the occasional tourist. The quarters designated for the ASI-appointed guards at the edge of RGR 1 lies locked and abandoned. “Addressing this (apathy/ignorance) was one of the objectives of the excavation,” says Shinde. While the process for acquiring a World Heritage tag has begun, including the construction of an onsite museum, the village has already made it to the list of endangered sites in Asia.

The research objective, on the other hand, was to collect evidence for the theory historians and archaeologists have come to support for a decade now. The findings at Rakhigarhi and other sites — Farmana, Banawali and Birhana — in Haryana have led them to believe that Harappan culture might have its roots here on the banks of the now-extinct rivers of Saraswati and Drishadvati. “Rakhigarhi is ideal to study the growth of the culture. We’ve found evidence for the beginning, dating back to 5,500 BC,” says Shinde. While archaeologists still have “little idea of the site”, it’s important to establish a “series of dates” from the early to late periods to arrive at conclusive evidence to bolster the theory. 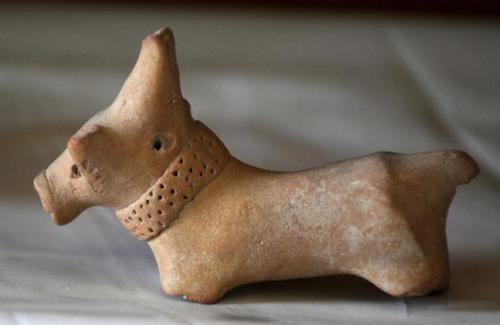 Since January, a team of 10 faculty members from Deccan College and 20-25 students had camped at a farmhouse, nearly 3km from the site. Life at the dig began early. “We woke up at 5am. Work started by 7am and continued till the evening,” says Shinde. Armed with knives and brushes, they chipped away, horizontally, at the soil, 5-6cm at a time. Data was collected in the form of seals, ornaments and pottery. The colour and composition of the soil roughly indicated the period of the culture. One of the most important markers of the phases, says Shinde, is its pottery. “The pottery of the mature phase of Harappan civilisation is more advanced and you can see that here.”

In the evenings, the faculty held classes. Post-dinner, the teams sifted and recorded the evidence at the local farmhouse, abuzz with debates and discussions late into the night. Unlike the mysteries of Agatha Christie, who conjured up murders most foul in the historic settings of Petra or in erstwhile Mesopotamia, life at Rakhigarhi was largely peaceful. “It is an exciting time to be here,” says Kim Yongjun, a scholar at Deccan College and Seoul National University, South Korea. Yongjun is part of a forensics team collecting DNA to establish the second part of the research puzzle: who were the Harappans? In 2006, Shinde and his team had discovered a burial site at Farmana, less than 50km away. Remains of 17 bodies were unearthed but most were in a state of decay. This time, in Rakhigarhi, another burial site has been found. “But we’ve exhumed only one body as the site is under a field of standing crops,” he says. The owner had been reluctant to let the archaeologists explore further but “he has agreed to allow access in December.”

The teams have also discovered a granary dating back to 2,500BC, crucial to understanding the lifestyle of the time. “We’ve unearthed seven rooms but there are more,” says Shinde. 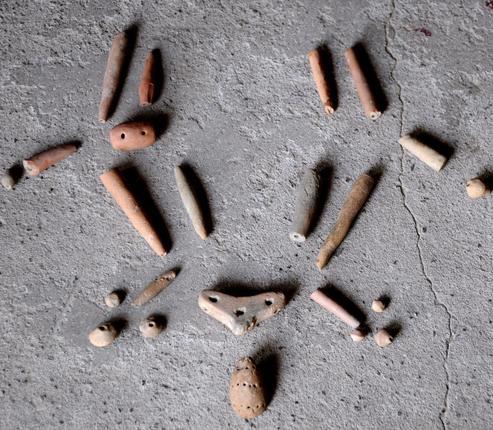 Last week, when we visited Rakhigarhi, Wazir Chand, the 54-year-old resident historian, agreed to show us around. Despite the lack of formal training, Chand has been involved in every dig here. As a young lad he would accompany RS Bisht, a former ASI director, on excavations and bring back small artefacts. “My mother wasn’t very happy about it,” he laughs. While most of his priceless collection has found its way to the National Museum in Delhi, Haryana Archaeological Museum and Gurukul Museum at Jhajjar, a small room in his house still holds an extensive collection arranged in sealed glass cabinets. Holding forth on ancient history, Chand picks up a plastic plate scattered with stone beads and pendants and in under a minute fashions a layered Harappan necklace with them. Since the ’90s, Chand has waged a lone battle for Rakhigarhi, taking up matters with ASI and the government, holding classes for local children. Now, his 17-year-old son Khyaliram accompanies him on excavations and acts as a guide, often at the expense of his studies. “But I don’t want to be an archaeologist, there’s no money in it,” says Khyaliram, who's studying to be a doctor.

The archaeologists are set to return in December for another four-month stint. And while questions like ‘Who were the Harappans?’ remain unanswered, Shinde says, “Take a walk around Rakhigarhi. You’ll find you’re still strolling in a Harappan village.”