Its remains rest almost unnoticeable near the small village of Rakhigarhi in northwest India. On the surface, its most visible features consist of well-ordered mounds of cow dung cakes, nature's fertilizer for the present-day local villagers' farming operations. Ox carts routinely transport their agricultural supplies over its ancient mounds and into the fields every day. Below the surface, however, lay an expansive network of ruins and artifacts that would betray an ancient city that would rival, and likely exceed, the enormity of the Indus Valley civilization's best known archaeological site, Mohenjo-Daro. At 224 hectares, Rakhigarhi can boast perhaps the largest known Harrapan (Indus Civilization) site in India.

Since 1997 the Archaeological Survey of India has undertaken a detailed investigation of the site, revealing not only its size but also numerous artifacts, including paved roads, a drainage system, a large rainwater collection system, a storage system, terracotta brick work, evidence of skilled metal working,  jewellery, conch shells, gold, semi-precious stones, stamp seals, altars, and at least one burial site. Some of the artifacts and features are over 5,000 years old. The remains are scattered among five mounds, of which three can be excavated -- the other two underlie populated areas and agricultural plots. The Harappan culture, of which Rakhigarhi was a part, was one of the most advanced early civilizations and was an important trade partner with ancient Egypt and Mesopotamia.  Nonetheless, relatively little is known about it, making Rakhigarhi a key site for ongoing and future research and conservation. 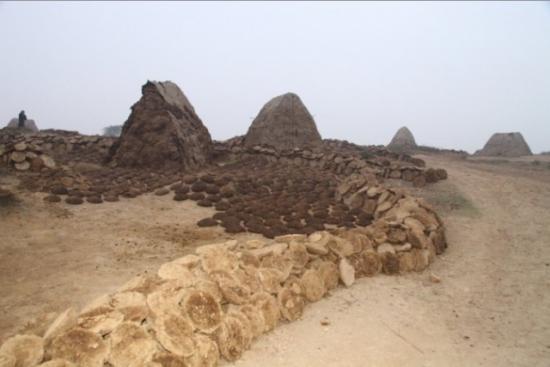 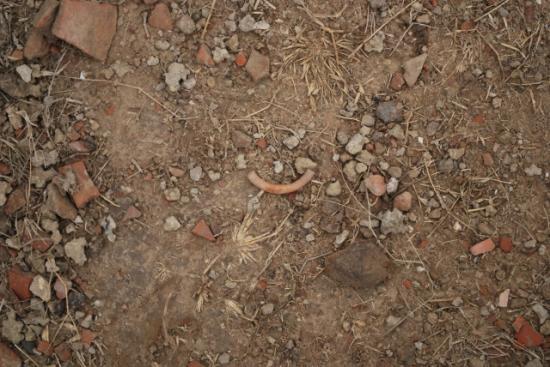 But most of the available site area still remains unexcavated, and its archaeological integrity faces a number of serious threats, including urban encroachment, farming and erosion. To address these threats and protect and preserve the site for further investigation and future tourism, teams of experts, along with participants from the local community, will be implementing a number of planning and preservation steps to ensure its sustainability.

For example, The Global Heritage Fund (GHF), a U.S. non-profit organization based in Palo Alto, California, hopes to institute a holistic approach to protecting and developing the site by integrating planning, conservation, community development and strategic partnerships. It will do this in partnership with ongoing excavation efforts from archaeologists of India's Deccan College and experts and officials from other institutions, including the Archaeological Survey of India, the Government of the State of Haryana, the Indian Trust for Rural Heritage and Development, and the Indus Heritage Trust. Reports GHF management: "Once a management plan has been developed and excavation starts, Deccan College will begin site conservation and evaluate options for protective shelters and other intervention strategies to stabilize the exposed archaeology. As the ancient structures were built with mud brick, erosion can occur quickly following exposure, so it is imperative to begin conservation right away. The project will engage leading experts in mud brick conservation to ensure that the uncovered remains are stabilized and preserved. It is expected that as part of the site conservation, it will be necessary to construct protective shelters to provide a stable environment and protection from wind- and rain-induced erosion."[1]

Thus far, the GHF and its partners have already completed ground penetrating radar and electrical resistivity surveys of the site, conducted surface sampling surveys to identify activity areas and guide excavation, and have engaged the people of the local community in discussions on renewed archaeological work and related community development potential. The GHF and the Government of India hope that new economic benefits will accrue to the local communities that hold a stake in the development of the site as a cultural heritage center and tourist attraction. But for the scientific community, a treasure trove of new evidence and data that may shed valuable light on understanding a major early civilization awaits.

"In size, dimension, strategic location and unique significance of the settlement", reports GHF, "Rakhigarhi matches the major Harappan cities of Dholavira, Harappa and Mohenjo-Daro. In addition, the Early, Mature and Late phases of Harappan Culture are all represented at Rakhigarhi, providing an excellent and rare location in which to study the development and decline of this enigmatic ancient civilization".[1]

More information about Rakhigarhi and the site conservation and excavation efforts can be obtained at the Global Heritage Fund website.