Researchers to drill for hobbit history

Prospects of recovering ancient DNA from Homo floresiensis boosted by study on teeth. 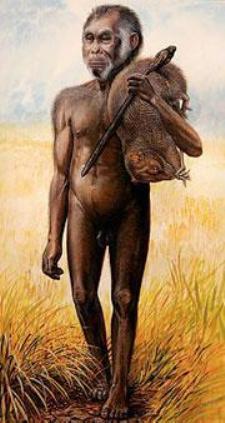 Scientists are planning an attempt to extract DNA from the 'hobbit' Homo floresiensis, the 1-metre-tall extinct distant relative of modern humans that was unearthed in Indonesia, following a study that suggests problems in standard sampling methods in ancient-DNA research could have thwarted previous efforts.

This year, geneticists at the Australian Centre for Ancient DNA (ACAD) at the University of Adelaide hope to recover DNA from a roughly 18,000-year-old H. floresiensis tooth, which was excavated in 2009 from the Liang Bua site on the Indonesian island of Flores.

The premolar has been kept cold, and has been handled as little as possible to prevent contamination with modern DNA. But little, if any, of the ancient DNA is likely to have survived the heat and moisture of the tropics, and any that has may be highly fragmented.

Tony Djubiantono, director of the Indonesian National Centre for Archaeology in Jakarta, where the tooth is held, says that developments in DNA extraction techniques could overcome previous sampling problems, and have exciting potential for understanding the evolutionary history of H. floresiensis.

If the DNA can be extracted, comparing its sequence to that of other species could settle disputes over classification. For instance, Peter Brown, a palaeoanthropologist at the University of New England in Armidale, Australia, who described and named the species in 20041, is rethinking his initial classification. At first he put the species in the human genus Homo, but he now suspects that the hobbit's ancestors left Africa before Homo evolved so the species could belong to a different or new genus.

Five years ago, two teams, one from ACAD and one from the Max Planck Institute of Evolutionary Anthropology in Leipzig, Germany, attempted to recover DNA from another H. floresiensis tooth excavated in 2003. Both attempts failed.

Now, a team led by Christina Adler, a geneticist at ACAD, has found that standard sampling procedures could be responsible for the failure to get DNA from the hobbit and some other ancient specimens.

Adler's team — which included some researchers involved in the original H. floresiensis DNA recovery attempt — compared the impacts of various sampling techniques on DNA from the mitochondria of 40 human specimens from around the world, which had been dated up to 7,500 years old. The results have been accepted for publication in the Journal of Archaeological Science2.

Most genetics research on ancient teeth has focused on the inner tooth tissue, dentine, but Adler's team found that cementum, the coating of the root, was a richer source of DNA.

Drilling is a technique commonly used to sample teeth and bone, because it minimizes damage to the precious specimen. But Adler's team found that the heat generated at standard drill speeds of more than 1,000 revolutions per minute (RPM) destroys DNA rapidly, causing yields to be up to 30 times lower than for samples pulverized in a mill. Reducing the drill speed to 100 RPM alleviated the problem.

The Max Planck team sampled dentine from the hobbit tooth in its early attempt to recover DNA, but it is unclear what drill speed was used. And although the ACAD scientists used the lower drill speed, they also concentrated on dentine. They will target cementum in their next attempt.

Adler says that several ancient specimens that previously failed to yield DNA might now warrant re-sampling. She is surprised that ancient-DNA researchers commonly choose to drill at high speeds for samples, because dentists have long known that this harms their patients' teeth. "This is a case of a lack of communication between two specialist fields that are both working on similar things independently," she says.

Matthew Collins, a specialist in ancient-protein analysis who is based at the University of York, UK, says that Adler's team's results will "help to ensure that we minimize the destruction of molecules during sampling of precious fossils, and potentially enable us to reach even further back in time to recover sequence information".

However, he is pessimistic about the chances of winkling DNA out of H. floresiensis, saying that the molecules are probably too fragmented owing to high temperatures at the excavation site.

But the ACAD scientists think that it is worth making an attempt on their H. floresiensis tooth. They have been encouraged by their successful extraction of DNA from a 6,000-year-old pig tooth from the site in 20073.