Prokuplje (Serbie): Archaeologists Smelt Copper As Was Done 7,000 Years Ago

At the archaeological site at the village of Plocnik (Pavement) near Prokuplje, an unique experiment was organized. Copper ore was smelted in the same way as was 7,000 years ago.

In an area specially designated for the purpose, copper ore was smelted in two ways, using blowpipes s and directly on burning hornbeam wood.

Archaeometallurgists from Doha, London, Beijing…particpate d in the design and organization of a total of twelve 12 experiments that took were performed over the last couple days.

According to Bastian Asmus, archaeometallurgist from Germany, everything is very well organized.

“We had a difficult program yesterday with eleven experiments, which lasted until late last night. However, we have achived good results. I am happy I am here and I hope I will come again to continue what I started,” dr. Asmus said.

The experiment was conducted by Miljana Radivojevic of the Institute of Archaeology in London. In her doctoral thesis, dr. Radivojevic showed that the world’s oldest metallurgy originated in this area. 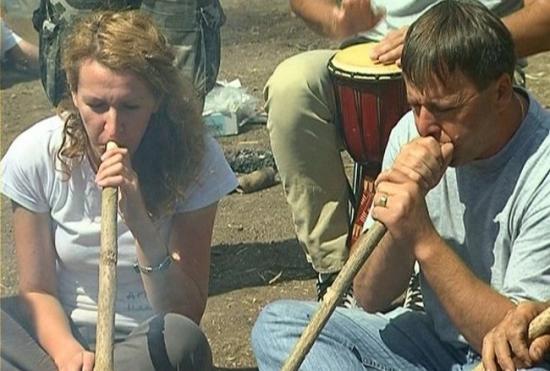 “We found pieces of slag, ceramics with slag, that we produced, and of course, metal. Our colleagues were the ones who extracted some chips that we will  now smelt , we managed to reconstruct the copper we imagined from laboratory analysis,” she explained.

The experiment is part of a large international project “Development of metallurgy in Eurasia”, supported by the Institute of Archaeology in London, National Museum in Belgrade, Toplica Museum in Prokuplje and Local History Museum in Priboj on Lim. The project is worth GBP 500,000 and includes a large number of people from four museums and three states.

“This was one civilization that truly knew metallurgy, that had a great art. We want to show this to tourists, to our children. We want to show it to people who pass through this area,” said Jupka Kuzmanovic Cvetkovic, director of Toplica Museum.

The project was started last, and will continue next year. This year’s research at Plocnik yielded a large number of samples for further analysis.

Among the significant findings is a ring found in August this year, one of the oldest pieces of cast copper jewelry in the world.