More than just a tool for predicting health, modern genetics is upending long-held assumptions about who we are. A new study by Harvard researchers casts new light on the intermingling and migration of European, Middle Eastern and African populations since ancient times.

In a paper titled “The History of African Gene Flow into Southern Europeans, Levantines and Jews,” published in PLoS Genetics, HMS Associate Professor of Genetics David Reich and his colleagues investigated the proportion of sub-Saharan African ancestry present in various populations in West Eurasia, defined as the geographic area spanning modern Europe and the Middle East. While previous studies have established that such shared ancestry exists, they have not indicated to what degree or how far back the mixing of populations can be traced. 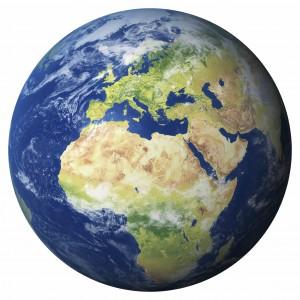 Analyzing publicly available genetic data from 40 populations comprising North Africans, Middle Easterners and Central Asians were doctoral student Priya Moorjani and Alkes Price, an assistant professor in the Program in Molecular and Genetic Epidemiology within the Department of Epidemiology at the Harvard School of Public Health.

Moorjani traced genetic ancestry using a method called rolloff. This platform, developed in the Reich lab, compares the size and composition of stretches of DNA between two human populations as a means of estimating when they mixed. The smaller and more broken up the DNA segments, the older the date of mixture.

“The genetic decay happens very slowly,” Moorjani explained, “so today, thousands of years later, there is enough evidence for us to estimate the date of population mixture.”

According to Reich, these findings address a long-standing debate over African multicultural influences in Europe. The dates of population mixtures are consistent with documented historical events. For example, the mixing of African and southern European populations coincides with events during the Roman Empire and Arab migrations that followed. The older-mixture dates among African and Jewish populations are consistent with events in biblical times, such as the Jewish diaspora that occurred in 8th to 6th century BC.

“Our study doesn’t prove that the African ancestry is associated with migrations associated with events in the Bible documented by archeologists,” Reich says, “but it’s interesting to speculate.”

Reich was surprised to see any level of shared ancestry between the Ashkenazi and non-Ashkenazi Jewish groups. “I’ve never been convinced they were actually related to each other,” Reich says, but he now concludes that his lab’s findings have significant cultural and genetic implications. “Population boundaries that many people think are impermeable are, in fact, not that way.”