A few second-story toilets survived the lava that covered Pompeii, such as this one. A. KATE TRUSLER

The residents of the ancient city of Pompeii weren't limited to street-level plumbing, a new study finds. In fact, many in the city may have headed upstairs when nature called.

Most second floors in the Roman city are gone, claimed by the eruption of Mount Vesuvius that destroyed Pompeii in A.D. 79. But vertical pipes leading to lost second stories strongly suggest that there were once toilets up there, according to a new analysis by A. Kate Trusler, a doctoral candidate in anthropology at the University of Missouri. 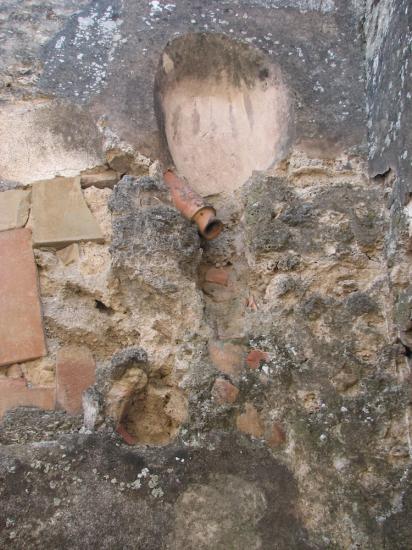 A pipe leading in from the side likely provided flush water for this upstairs toilet in Pompeii. CREDIT: A. Kate Trusler

Trusler became interested in Pompeii's latrines six years ago while doing fieldwork in the city. Previous researchers and works on Pompeii often stated that there was a toilet in almost every house. But Trusler found that statement confusing. Walking around the city, she said, it was clear that some spots were chock full of homes with private latrines, while other areas seemed to be toilet deserts.

"And," Trusler added, "there are all of these downpipes that are part of that picture that no one is really considering." 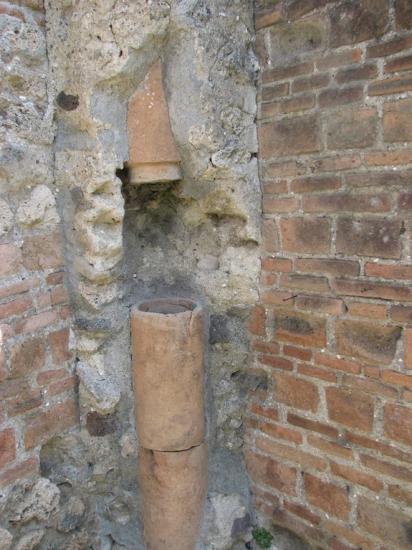 Vertical pipes in Pompeii's walls may once have lead to upstairs toilets. Credit: A. Kate Trusler

So Trusler decided to conduct a plumbing survey of sorts, mapping latrine and downpipe locations around the city. One residential district, known to archaeologists as Region 6, does indeed have toilets on the ground story of almost every home, she said. But other blocks have few toilets. In total, 43 percent of homes in the city had latrines on the ground floor, Trusler found. 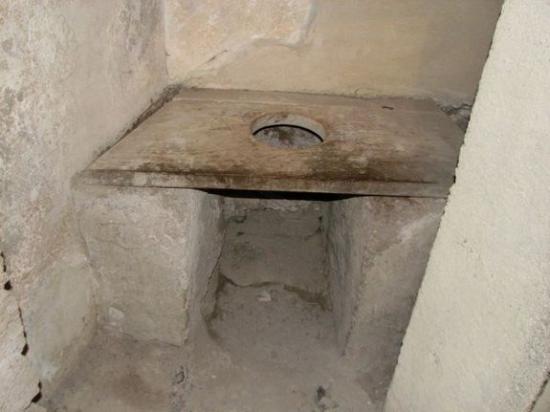 A Pompeii latrine with a reconstructed wooden seat. Comfy? Credit: A. Kate Trusler 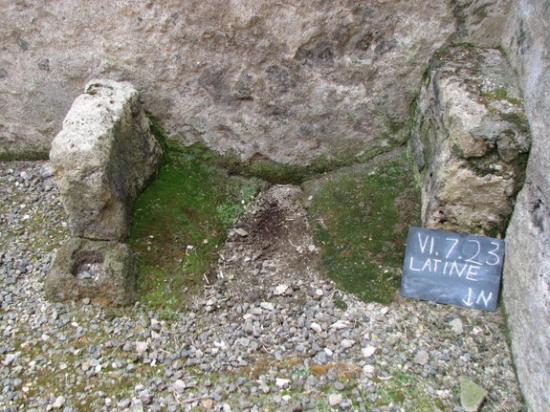 Downsloping walls in this latrine directed waste toward the drain. Credit: A. Kate Trusler

Downpipes provide the other half of that picture. These vertical, usually terracotta pipes are concentrated in the oldest part of the city, where there were many workshops and small businesses crammed into close quarters. A total of 286 pipes run down the walls of these buildings, leading to the mostly lost second floors. In 23 cases, however, the second story remains, and the same types of pipes lead to latrines.

In addition, Trusler said, unpublished research on scrapings from the insides of the pipes revealed fecal material and traces of intestinal parasites, good signs of a toilet.

The plumbing of Pompeii

"The sanitation features can tell us a lot about what people are doing on upper floors and above these little shops," she said. "What they suggest is that people are living there."

"You really have a picture of urban development going on in Pompeii," Trusler said.