The latest treasure to emerge from the ruins of Pompeii is what's been dubbed an 'enchanted garden', a courtyard lined with images of mythical beasts.

The courtyard, which stands in a house in one of the less explored areas of the ancient city, is believed to be a lararium – a shrine to the Lares, Roman gods who were believed to protect the home and family.

While such shrines were a common feature of Roman houses, this lararium, covered in vividly coloured frescoes, is one of the finest examples discovered in Pompeii to date, according to archaeologists.

They believe that the walls once enclosed flowerbeds, where real flowers would have mingled with the plants, peacocks and other birds lining the panels. 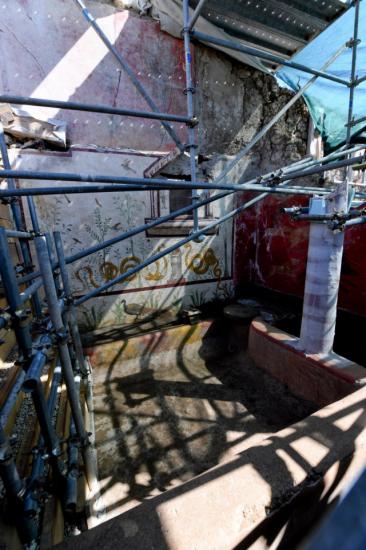 Elsewhere, more fantastical creatures appear: two coiled serpents surrounding offerings of pinecones and eggs, and a figure that appears to be half man, half dog. The snakes are thought to represent protective spirits. 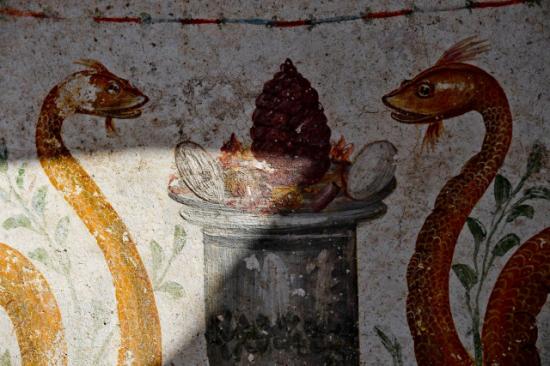 One wall, a vivid Pompeiian red, depicts a boar attacked by what appear to be lions and other other animals, which archaeologists say could be an allegory of good triumphing over evil. 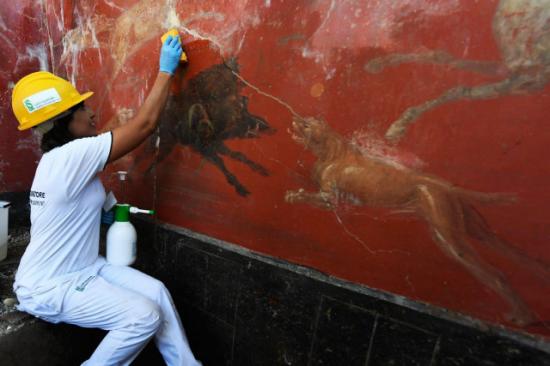 There is also a decorated niche, presumably an altar, where they discovered the remains of offerings burnt to honour the Lares, as well as what may have once been a pool. 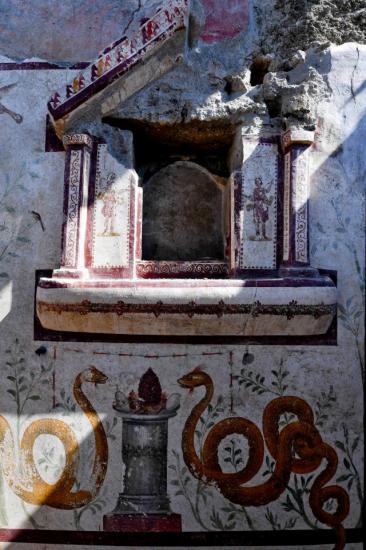 It is "a wonderful, enigmatic room that deserves to be studied in depth", Massimo Osanna, director of the Pompeii Archaeological Park, told Ansa.

The courtyard was unearthed in a house that was partially excavated around a century ago, but had lain untouched until archaeologists began a new project to explore the area earlier this year. They have made several stunning discoveries since then, including the House of Dolphins, a villa painted with animal frescoes, and the Alley of Balconies, some rare examples of buildings whose upper storeys survived the volcanic eruption intact.