The archaeological dig site at Pig Point near the Jug Bay Wetlands Sanctuary, has continued to yield incredible artifacts and other evidence of human activity since its initial discovery in 2009. 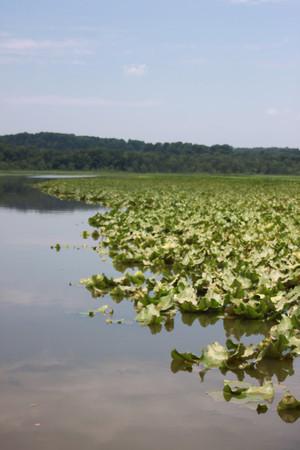 The Pig Point site is located along a lush Patuxent River wetland which would have provided early humans with an abundance of food sources from fish and water fowl from the water to deer and edible plants from the surrounding forest. Credit: David Pecor

The dig began that same year and there have been a number of very interesting things found, including evidence of Algonquin wigwams, projectile points, ancient pottery and other artifacts dating back thousands of years further than anyone expected. Now that so many artifacts have been collected, archaeologists working the site are beginning to formulate theories about how people have lived here for thousands of years. Volunteers, interns and archaeologists with The Lost Towns Project make up the work force excavating the site and processing the artifacts found. In addition to the dig site they also operate an archaeology lab at Historic Londontown and Gardens in Edgewater. 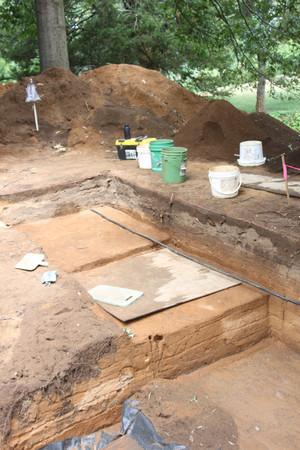 A view from the dig site at Pig Point where thousands of artifacts have already been discovered. Credit: David Pecor

Anne Arundel County archaeologist and leader of the dig, Dr. Al Luckenbach described why the site was such a significant find and pointed out some of the most interesting artifacts found so far during a recent tour of the dig site. He said they have dug down to prehistoric bedrock in a few locations and have found artifacts nearly the entire way down. 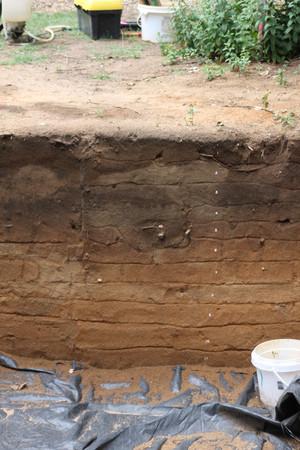 The excavation reveals these 'stratographic layers,' each one representing a time period. This is one of the deepest exposed excavation pits at the site with the layers of soil reaching back thousands of years. Credit: David Pecor

“The oldest artifact we’ve found ‘in situ,’ the Latin word for ‘in place,’ was 10,000 years old,” he said. “There have been Clovis points found in the field and that’s the style that is 13,000 years old, the oldest accepted age, but we have not yet found 13,000 year old points in place.” Luckenbach said that this site has been home to various groups of humans for thousands of years. “It’s been occupied pretty continuously,” he said. “This is actually seven feet of one continuous occupation after another.” He said typical archaeological sites often yield artifacts from deep within the soil with deep layers in between findings. Pig Point, on the other hand, has yielded artifacts from top to bedrock. The site gets its name from the colonial community here and, before that, the Algonquians. Before that, evidence of continuous human habitation continues.

Luckenbach explained that winds and erosion of the sandy soil from a nearby hill has contributed greatly to how well the site is layered with artifacts. “We’re figuring a combination of those two things [wind and erosion] somehow set up this unique situation where we’re getting the deepest intact stratography ever found in the state.”

It's difficult to determine exactly why humans seem to have been drawn to this place for thousands of years but Luckenbach said he has a few theories. “It could be trading, feasting or finding a mate, all of those things can only be done where you have enough food,” he said. “Here with this huge freshwater marsh, there’s fish, shellfish, ducks, turtles, geese, plus there’s woods to your back so there’s acorns and deer and things. You couldn’t have starved here if you tried.”

One of the archaeologists working the site is Stephanie Sperling. She was mapping  evidence of wigwam post holes discovered the morning of our visit. The small brown stains in the soil prove where saplings were once driven into the ground to support a shelter commonly associated with the Algonquin people who occupied this area before European settlement. She explained that the mapping and other data recording are extremely important to making sense of the many artifacts being found. 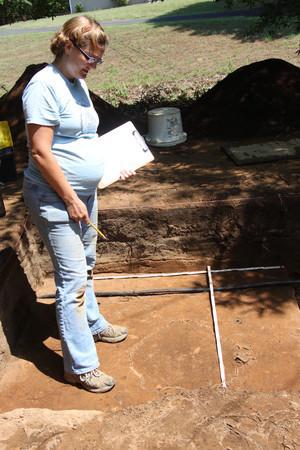 Archeologist Stephanie Sperling carefully maps this circular feature so as excavation continues they will know exactly where it had been. She explained that mapping is a crucial element of the project because it provides the team with historical context for each discovery. Credit: David Pecor

“The thing you have to understand is that archaeology is a destructive process,” she said. “We are destroying this site with every shovel full and trowel scrape, and that’s just the nature of archaeology. In an effort to mitigate that that’s why we take all these pictures and make sure to map everything we can.”

Archaeologist and Lost Towns Project education and volunteer coordinator, Jessie Grow agreed and said that artifacts are interesting themselves but without knowing where they were found it’s difficult to learn much from the discovery. “It’s really important to me to get people to understand why archaeology is necessary and how to be a better steward,” she said. “You don’t want to just take a shovel to a field because you’re removing the objects from their context and were not going to be able to learn as much as we could.” 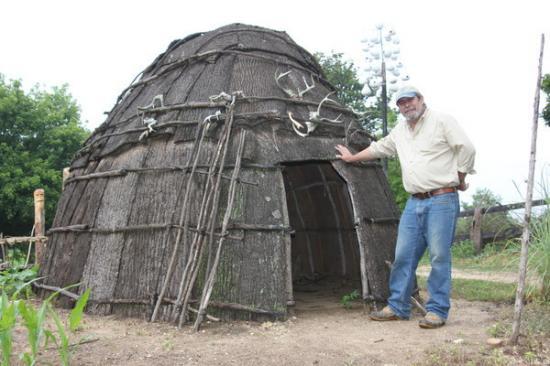 Anne Arundel County Archeologist Dr. Al Luckenbach who also leads the dig at Pig Point said this site may be the most signifigant archeological find in the state if it continues to yeild artifacts as it has since digging began in 2009. Credit: David Pecor

Grow also said they teach the volunteers and interns at the site to be mindful of things like that so that more people can learn about archaeology. “That’s part of our mission at Lost Towns Project is to be a community outreach for archaeology,” she said. “You also don’t have to have any previous experience, its sort of up to you and your comfort level and how much time you’re willing to give us,” she said.

Volunteers make up a good majority of the crew working the dig site alongside the archaeologists making discoveries. Pat Melville has been a volunteer at the site for over a year. She said as a history buff, its very interesting to be able to be a part of making new discoveries. “Right now we’re not finding too much of significance here because we’re in the modern area and it’s all disturbed soil,” she said, working a bucket full of dirt through a quarter inch mesh screen and looking for artifacts. “But the most significant thing I have found was a gorget [prehistoric decorative necklace]. I found one of those last year and it was a fairly large one.”

Steve Tourville is an archaeologist working at the site and said that getting volunteers like Mellville involved is an important element to the project. “As far as out here goes our main goal is to not only excavate right but we like to get people involved,” he said. “It’s not like we want to do less work, we want to teach people about the site.” He said it’s particularly important at the Pig Point site because there is so much to learn here. “A site like this has just an overabundance of unlearned knowledge that’s waiting to be absorbed,” he said. “it’s like finding a tomb that hasn’t been robbed, it needs to be shared.”