Peru Is Amassing A Fleet Of Drones To Index Incan Ruins 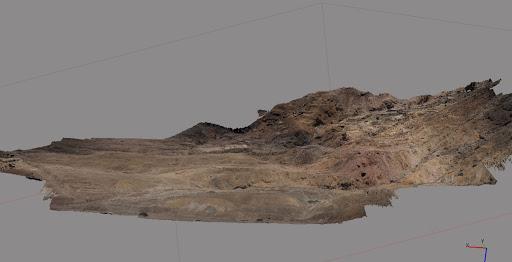 Peru is home to some of the the most impressive sets of Incan and Pre-Colombian ruins, including Machu Picchu and Chan Chan. The problem? It’s got so many of them that it makes building almost impossible.

“We have a very critical problem here. We have hundreds of thousands of ruin sites,” Luis Jaime Castillo, the country’s new Vice Minister of Culture, recently told me at his apartment in Lima. “It’s a good problem to have, but on the other hand, it’s not. Everywhere you go, you’re stumbling across ruins with every step. Whenever you run a pipeline or a utility line, you’re running across them.”

In the past, that's meant someone has had to do lots and lots of walking to survey the area. Now, it means someone has to fly a drone around for a couple minutes.

Peru’s strict cultural preservation laws make building anything new a complete nightmare. Each new building, pipeline, or road has to have an archaeological survey completed to make sure all new construction doesn't destroy any ruins. Often, the cost of doing a survey alone can spike a project before it gets started. 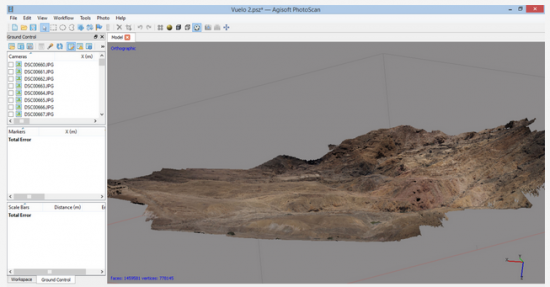 The answer, Castillo says, is a new fleet of drones that will make doing the survey take a fraction of the time and drastically cut costs. He says Peru is buying more than 24 drones—one for each region in the country, and more for areas with a high concentration of ruins—with the idea of creating a national index of every archaeological site in the country. In addition, at least six regions will get more advanced drones that can be equipped with LIDAR and other technology that makes surveying through jungles possible.

“We don’t have a national inventory yet and that’s something we need to have. We need to provide a list of where the hell things are and where you shouldn’t build,” he said. “When you’re doing that by foot, it takes forever. With one drone, in 10 minutes, you can cover an area of 36 hectares. You can do a square mile in an hour.”

Castillo is an ideal person to implement the program. Until July, he was an archaeologist with Lima’s Catholic University and was the person who originally decided to use drones for archaeological survey in the country. The idea came to him while browsing a suburban Washington, DC, Brookstone store as a Harvard University fellow in Georgetown.

“Those things are awful, they’re a toy, but it was the first thing. I thought, we can finally go above and get a new angle,” he said.

In the months that followed, Castillo bought a DJI Phantom drone to help him create 3D models of places such as Chan Chan, the largest adobe city in the world. Castillo scrolls through models of Chan Chan that were created with 53 photos taken aerially and from the ground. Using software, he can create a 3D model that can be rotated, scaled, and pinned on a digital map.

“You have a model that includes every single stone, every single brick three dimensionally,” he said. The models he shows me have grave sites, ancient tools and, yes, every little brick and stone. Castillo has also experimented with 3D printing the models, which he says could be useful as a teaching aid in schools.

When Castillo was appointed Vice Minister of Culture, he said it was a no-brainer to vastly expand the program. The country will probably buy more Phantoms, which retail for about $500, and will also buy several DJI Spreading Wings S800, a higher-end model that costs about $2,000 a pop. 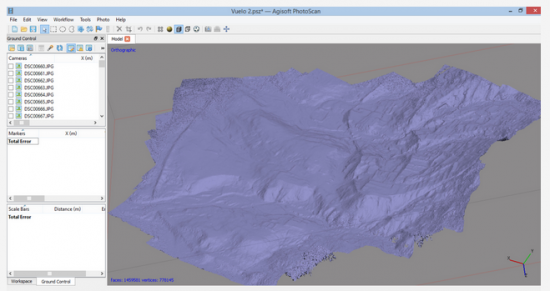 “I get to make the decisions. It wasn’t hard to convince myself. We’re going to buy a whole bunch of these things,” he said. “When you have this, you don’t have to hire a topographer anymore. Having good plans of the sites is important—from archaeology to architecture to public works.”

As Vice Minister of Culture, Castillo has tried to quickly bring the country’s technological prowess up to speed. He invited Google Street View to map Machu Picchu, Chan Chan, and several other Incan sites, and says that with drones, he can quickly change how surveying is done.

“Before this, you had to do drawings to get anything like this,” he said. “Now, for a few hundred dollars, you can buy a decent quadricopter with a camera. You’re going from nothing to everything.”

While most of the largest archaeological sites in Peru have already been discovered and excavated, there are countless other tiny ones that can hopefully be spotted from above. Once discovered, an archaeologist can go in to do a ground survey to see if they’ve got anything important.

“The coast of Peru is a desert—you can see for miles. We know where the main sites are, but we need to find the small unknown ones, so we can preserve them,” he said. “My dream is that, anytime anyone wants to build, they will do a quick survey and produce a 3D model to prove there’s nothing there.”