The newly discovered Inca fortresses are built out of stone, contain platforms called ushnus, and are located on ridges about 10,000 feet (3,000 meters) above the ground.

The soldiers who lived in them were clearly prepared for battle.

"The site of Quitoloma has well over 100 structures for people living inside," said Connell. "Those structures are filled with Inca weaponry. We find quite a few sling stones stored in these houses as if they were lying in wait for the enemy to attack, or were about to storm down the hill."

The two Cayambe forts, by comparison, are made out of a tough volcanic material called cangahua. They are sizable fortresses with people likely having lived both inside and outside their walls. "There are fewer of them but plenty big," Gifford said. 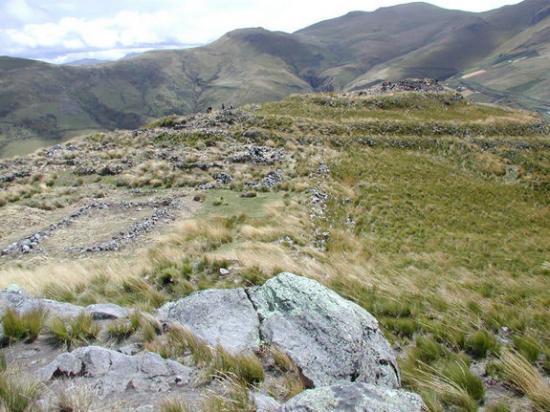 Credit: Photo courtesy Chad Gifford/Pambamarca Archaeological ProjectThe fortress site of Quitoloma, one of 20 fortresses built by the Inca on the ridges of Pambamarca. The stone walls of the fortification can be seen along with a rectangular structure to the left.

One of the forts had evidence for a battle with two types of ammunition (sling stones and bola stones) found outside its walls. Both fortifications housed pottery designed using Ecuadorian rather than Incan styles.

More excavation needs to be done to unravel the full story of these fortresses, but so far the team has found no evidence of post-conflict slaughter at the Cayambe sites. "We see the apparent continued settlement in the area, which runs counter to this idea of [a] lake of blood," Connell said. 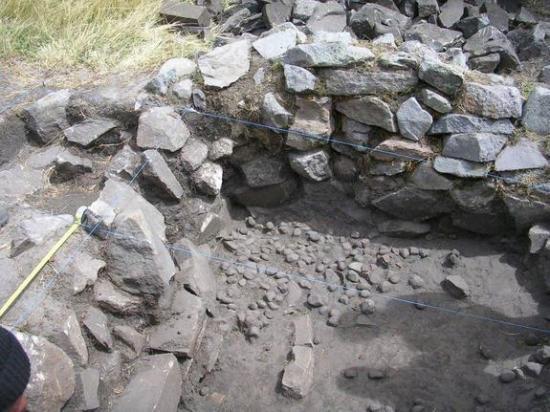 Credit: Photo courtesy Chad Gifford/Pambamarca Archaeological Project.This house in Quitoloma, an Inca fortress, contains numerous "bola" stones, ammunition to be used against the enemy. The soldiers who lived in it were clearly prepared for a fight.

Cayambe pottery continued to be used in the region, suggesting that their culture carried on, at least on some level. "It could be that some peoples decided after many years of resistance and warfare to simply lay down their arms or become allies with the Inca," Connell said.

There certainly would have been a need for them to become friends.

In the decades after the war, large numbers of Spanish would penetrate into Ecuador and Peru. Smallpox ravaged the local population and the Inca would find themselves fighting an enemy equipped with gunpowder. Against these pressures they fell back, with their last stronghold at Vilcabamba falling in 1572. 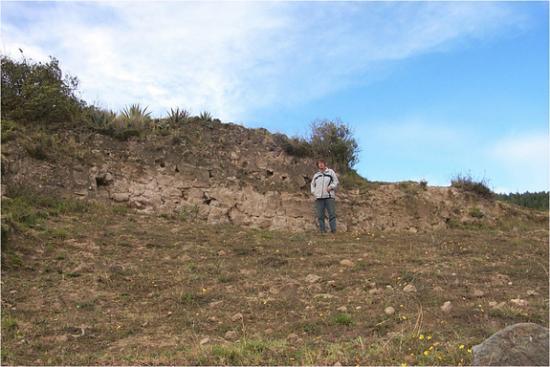 Credit: Photo courtesy Samuel Connell/Pambamarca Archaeological Project Samuel Connell, a director of the excavation, is shown alongside what has tentatively been identified as a Cayambe fortress, built to defend their lands. It was constructed with a hard volcanic material called cangahua.

The conquest was nothing short of a disaster for people living in Ecuador. When the Spanish took over they built estates called haciendas. The descendents of the Cayambe would be forced to labor for the Spanish, doing work like processing wool. Connell said that they worked in "very severe conditions," sometimes in windowless rooms. A difficult time for a people who, just decades earlier, had fought a war for their freedom. 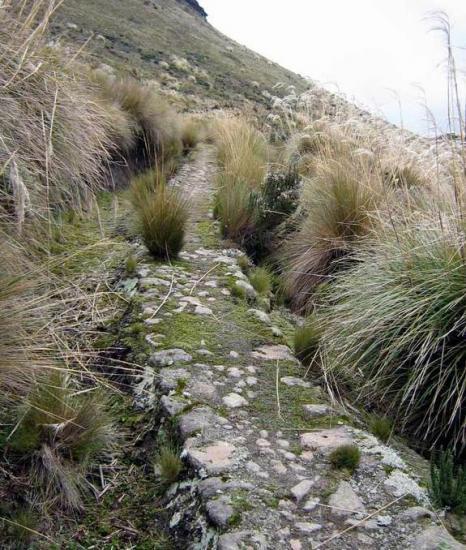 Credit: Photo courtesy Chad Gifford/Pambamarca Archaeological ProjectAn ancient road recently discovered at Pambamarca, an extinct volcano in Ecuador, which dates to before the Spanish and may have been constructed by the Inca.