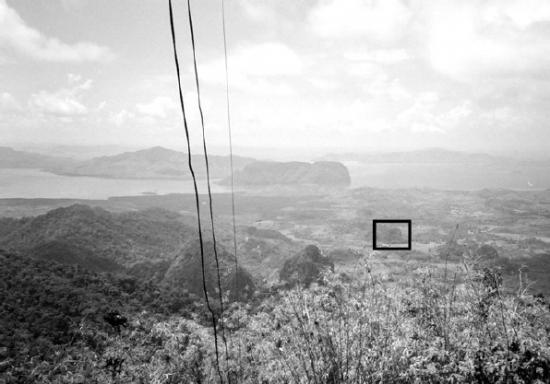 View of Sibaltan Bay to the south-east, showing Ille (in box) and other karst towers (V. Paz & E. Robles).

9,000 years ago, in El Nido, Palawan, a woman was buried in a cave after she was disposed of in an elaborate and bizarre ritual.

The bones of this woman were defleshed and crushed. They were burned and put in a small box before she was put in her final resting place.

A group of scientists have since found her remains: well-preserved fragments of bones, likely of a young or middle-aged woman, uncovered underneath the cave of Ille in the Dewil Valley, in El Nido. Direct dating showed that her bones are between 9,000 to 9,400 years old.

A study of her remains was recently published in the International Journal of Osteoarcheology by Myra Lara, Victor Paz of the Archaeological Studies Program of the University of the Philippines – Diliman, and H. Lewis, and W. Solheim II of the School of Archaeology of the University College Dublin. 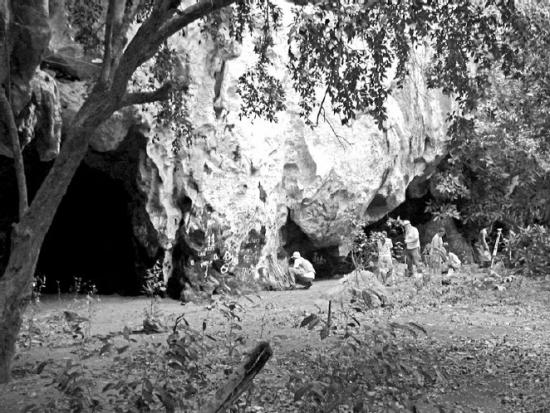 Cut marks were found in her joints, which indicate that the people who conducted the ritual knew how to disarticulate the bones of a human body. Scrape marks on her bones and skull meanwhile proved that she was defleshed and skinned, Nathaniel Hermosa, a science blogger, said in his blog entry.

Bigger bones like the skull, thigh bone, shinbone, and arm bones were smashed with an anvil or a hammer; all these and the rest of her bones were then collected for cremation. Though, what her tribe mates did to her flesh is still very much questionable and suspicously like cannibalism.

Ancient civilizations were rumored to have practiced cannibalism in their religious rituals. The Aztecs of Mexico, for instance, allegedly sacrificed their human captives to their gods and ate their corpses.

The Wari' tribe of Brazil, on the other hand, ate their dead relatives. Part of their ritual is eating a small shred of their deceased relative's corpse that was previously barbecued. The close kin of the deceased will then decide whether to burn or bury the bones.

Was this what was done to the ancient woman before she was buried?

“The ritual indicates a sophistication in their expression of their cosmology,” said Victor Paz to Hermosa in an interview. “Now, regarding what happened to the flesh, this is anyone´s [guess].”

Eaters of the dead?

While the removal of flesh might be plain mortuary ritualistic behavior, scientists are not discounting the possibility for cannibals; that her flesh was eaten by the people who buried her.

“Inferring cannibalism is such a contentious issue in archaeological discourse. While other researchers might readily infer cannibalism from the modifications in C.758, we prefer to tread with caution and infer the minimum, which is a mortuary ritual,” said Myra Lara, proponent of the study.

While consumption of all or some of the remains might have occurred, cutmarks and scrape marks are not enough evidence to prove this.

“If in case we see human gnaw marks on other remains, then that will change the story,” Lara said.

Ritualistic burial is a rare practice in the Philippines. This is only the second archaeological cremation burial in the country, following the remains found in Pila, Laguna that could have been cremated later in the 13th to 14th century. 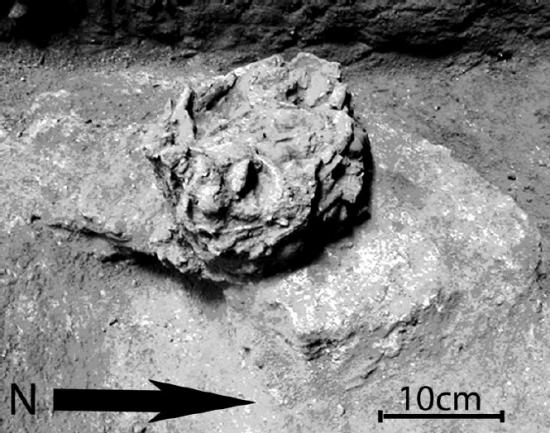 More cremated remains were excavated by Paz and Lara's team, and are already in various stages of analysis. Results of these might shed light into this possible ancient practice. – Kim Luces / KDM, GMA News