Noted archaeologist toured Ouachita Valley over a century ago

Just over a century ago, Clarence B. Moore traveled to Sterlington by steamboat and became the first to excavate an American Indian burial site in the area.

Moore, a Harvard graduate who had traveled the world as a socialite before deciding to become a “Gentleman Archaeologist,” visited ancient mounds and burial sites throughout the South for 25 years. 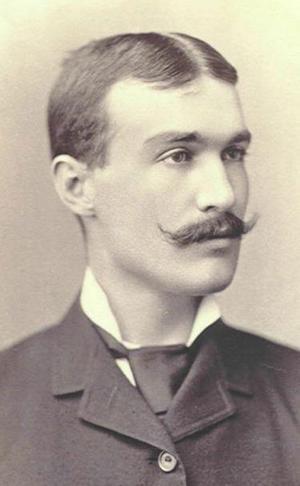 In 1909, Moore excavated sites along Bayou Bartholomew and the Ouachita River, traveling from one stop to the next on board a flat-bottomed steamboat called the Gopher. His observations, and watercolor illustrations of the artifacts he found here, were published in the Journal of the Academy of Natural Sciences of Philadelphia and then reprinted in “Antiquities of the Ouachita Valley” the same year.

One of Moore’s early stops in northeast Louisiana was at Glendora Plantation, south of Sterlington and about 16 miles north of Monroe.

Moore writes in “Antiquities” that the property belonged to John T. Coles and had long been under cultivation. There was nothing to indicate a native cemetery, but its existence had become “generally known” since workers had begun finding earthen vessels near a cotton gin on the property.

Moore and his crew began digging and “immediately” came upon graves and artifacts. He writes, “Human remains were encountered at 121 places in the cemetery, and, as a rule, consisted of hardly more than traces of bones -- sometimes rows of teeth only, which were crumbling into dust.”
Buried with the dead were earthen vessels, glass and shell beads, stone tools and “ornaments of sheet-brass” that had all but corroded to nothing. 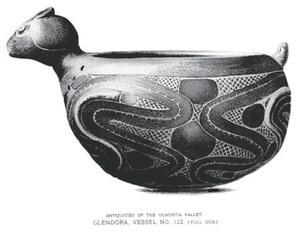 Moore reported 320 clay bottles and bowls were found at Glendora, seemingly placed around the heads of the deceased. Although all of the pieces were broken, he writes “from this cemetery came some of the most beautiful vessels it has been our good fortune to obtain in our years of search.”
Each vessel is described in detail in “Antiquities,” along with artistic renderings of the most unique pieces. Many had incised, scrolling designs emphasized by red or white pigments.

From Glendora, Moore traveled to several sites along Bayou Bartholomew in Morehouse Parish. He would continue digging and writing until his death in 1936. Today, Moore is recognized as a pioneer in the field of American archaeology.

According to research by Bastrop Daily Enterprise  writer Paul Rawson in 1979, most of the artifacts Moore had found in northeast Louisiana ended up in storage at Harvard’s Peabody Museum Archaeology and Ethnology.