A stunning exhibition beginning at Norwich Castle next weekend will throw fresh light on the most famous empire of antiquity. 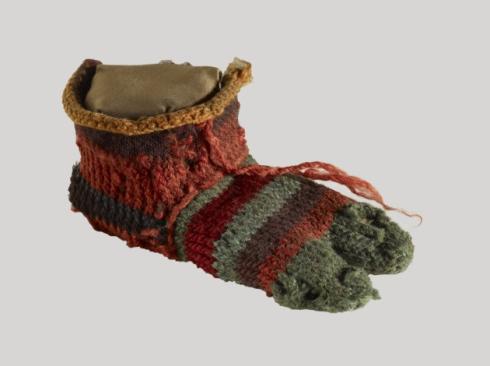 You don’t expect a children’s sock to have an emotional wallop. But this one does.

It so perfect and colourful that it looks like it was knitted last week by a loving grandma. But, incredibly, the child who wore it lived and died perhaps 1,800 years ago.

Preserved in the arid desert soil of Egypt, this stunning find is just one of the many highlights of the biggest archaeology exhibition at Norwich Castle Museum since 2005.

Roman Empire: Power and People, which begins next Saturday, brings together hundreds of objects from the British Museum and the castle’s own collections for a unique new look at this ever-fascinating period.

We are so lucky to have it on our doorsteps - tribute to the long-standing and warm relations which exists between our local experts and those at the iconic national museum.

And it underlines yet again that Norfolk is one of the most important counties in Britain when it comes to history and archaeology.

Running from February 1 until April 27, this touring exhibition, two years in the planning, will bring new insight into the most famous empire of ancient history.

Everyone knows the Romans, or they think they do. Even the most history-averse of us has heard of mighty Julius Caesar, decadent Nero or cruel Caligula, or the brave gladiators or invincible legions.

But be prepared to have your preconceptions changed when you discover that there was a lot more to this vast empire than the power games of the rich and mighty.

A Roman bronze pan handle with the figure of the Roman God Mercury which was excavated from the site of the Roman town at Caistor St Edmund and is now looked after by the Norfolk Museums & Archaeology Service. Picture: James Bass Copy:

The empire’s scale was huge - by AD 117 it had grown to encompass the territory now taken up by 50 modern countries. That brought together perhaps 60 million people of vastly different backgrounds and cultures. Those peoples lived in lands as far apart as modern Scotland and the Caspian Sea, yet all were proud to be described as ‘Romans’, and this exhibition will help tell us why.

Dr John Davies, chief curator for the Norfolk Museums and Archaeology Service, is expecting the exhibition to be hugely popular. “Everyone is excited by the Romans, so we are really looking forward to bringing it here,” he said. “It’s a real coup for Norfolk.”

He added that the exhibition would also underline the network of international trade links which existed, and in which Roman Norfolk played its part as a centre for rich imports from the Mediterranean world via the River Rhine.

“What’s really hit me about the exhibition is that we talk about the Roman Empire but we only really focus on it from a Romano-British point of view - we don’t look at it internationally. That’s something we Brits are not very good at sometimes.

“The exhibition is very good at conveying that sense of the exotic - everything is Roman, but it’s somehow ‘different’. It gives us a real sense of the Roman world.”

That sense of their world includes examples of the Romans at their most formal, with statues, gold coins or fine glassware, but also at their most down-to-earth. Exhibits include a scrap of papyrus from Egypt in which a man called Apion invites a friend to dine on the ‘13th of the month and the ninth hour’. So it wasn’t just the emperors who were party animals...

The desert conditions have perfectly preserved the party invitation, as they have the child’s sock, and its dazzling colours.

For me it’s finds like that sock which really connect us to the past, a short-cut which connect us straight to the lives of Romans. Suddenly, 2,000 years seems like nothing. Its very ordinariness reaches out to touch us across the centuries.

I predict this will be one of the most popular exhibits at this must-see exhibition, rather like the burned loaf of bread from Pompeii at last year’s display at the British Museum. And just like that burned loaf, it could have stepped out of yesterday.

It’s only a children’s sock. What’s special about that? I’d say: Everything.

Roman Empire: Power and People runs at Norwich Castle Museum from Saturday February 1 to Sunday April 27. It will be accompanied by an extensive programme of events. Find out more from www.museums.norfolk.gov.uk.

A History of the Roman World in Six Objects: Dr John Davies talks about some of the stunning exhibits

1 Funerary portrait of a well-to-do Roman Egyptian, AD 55-70, Trustees of the British Museum

“It’s magnificent - timeless. It communicates to us in a modern style that could have been painted yesterday, and yet it’s nearly 2,000 years old.

“It crosses the centuries like nothing else can, the equivalent of a Roman photograph. It’s very moving to us today.”

“It’s a very humble object. It makes me smile every time I see it - it’s just the same bright colours that a naughty, rebellious schoolchild would want to wear today.

“But I find it very touching, too, to think that it belong to a child who lived nearly 2,000 years ago. It could only have been found in the desert conditions of the East - we just don’t get this sort of preservation in northern Europe.”

“I love this. There’s a real sense of the exotic with this. Take away the head and it’s a Roman military figure, beautifully crafted... but then there’s this bizarre bird’s head.

“The falcon is associated with the Egyptian god Horus, and this one has a big beak and prominent eyes - it’s quite scary really and very powerful - power expressed through religion.”

“This is from a hoard of glass vessels at Hockwold, found with some pewter vessels. It was almost certainly imported along international trade routes. So many North Anglian treasures have been found from this period - Mildenhall, Thetford, Water Newton [near Peterborough] but those are all metal. It would definitely have belonged to a wealthy household.

“The other glass hoard found in Norfolk - from Burgh Castle - is now in the British Museum.” 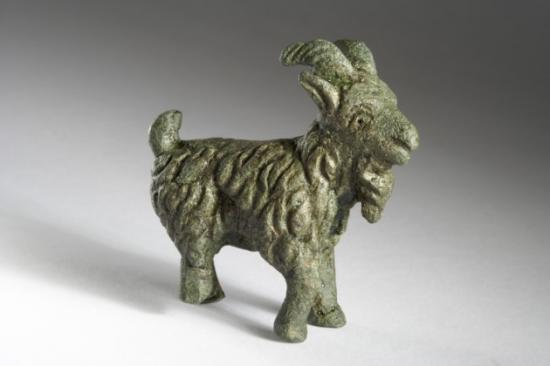 “We’ve had postcards made of this one because we think it’s going to be so popular with visitors to the exhibition. It’s the personality of it which appeals so much. It was probably made by a local craftsman - it’s really quirky.”

“It could have been an offering - or a souvenir, like the pilgrim’s badges from medieval Walsingham. And I think that’s really significant that here was a temple site too. It just maybe that we’ll be able to find some sort of continuity of religious belief in the area.”

It’s Iron Age - but it’s Roman too. “It was found at Needham a couple of years ago. We think it must date from the time of the client kingdom” - that brief but ultimately bloody time when the Icenian king Prasutagus thought he could work with the Roman invaders, only for his death to spark Boudica’s rebellion. “It’s a very special object - this sort of thing just doesn’t turn up often. I’d describe it as ‘local exotic’. It’s very likely that the person who owned this would have known Boudica personally.”