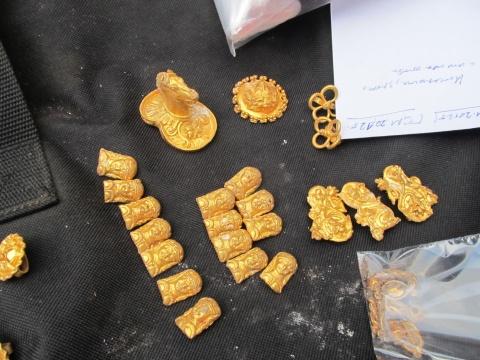 The Thracian royal tomb near the village of Sveshtari is one of the most sensational archaeological discoveries over the past thirty years in Bulgaria.Photo by BGNES

The team, led by one of the most prominent Bulgarian experts on Thracian archaeology, Prof. Diana Gergova, from the National Archaeology Institute at the Bulgarian Academy of Sciences, BAS, made the discovery during excavations at the so-called Omurtag mount.

The researchers found fragments of a wooden box, containing charred bones and ashes, along with a number of extremely well-preserved golden objects, dated from the end of the 4th and the beginning of the 3rd century B. C.. They include four spiral gold bracelets, and a number of intricate applications like one which shows the head of a female goddess adorned with beads, applications on horse riding gear and a forehead covering in the shape of a horse head with a base shaped like a lion head. The objects weigh 1.5 kg, but the excavations continue. 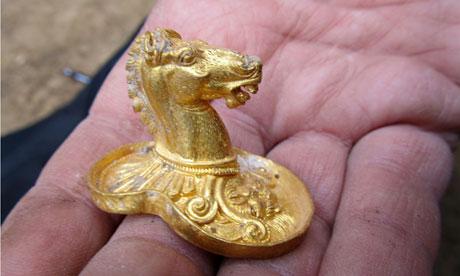 The precious find also contains a ring, buttons and beads. Gergova explains that it seemed the treasure was wrapped in a gold-woven cloth because a number of gold threads were discovered nearby.

The Professor says these were, most likely, remnants from a ritual burial, adding the team expects to discover a huge burial ground, probably related to the funeral of theGath ruler Kotela, one of the father-in-laws of Philip II of Macedon. She notes this is a unique find, never before discovered in Bulgaria.

According to her, the Omurtag mound is the biggest one in the Gath center, which was their religious and political capital while the Gath were the tribe that influenced the most western tribes such as the Celts.

Gergova expects the treasure will entice the Culture Ministry to finally fund in full this emblematic Thracian site, part of the archaeological reserve Sboryanovowith the Sveshtari tomb, which is on the world cultural-historical heritage list of UNESCO.

The Professor says the Omurtag mound must be turned into a museum where the excavated segment could become an exhibit hall. 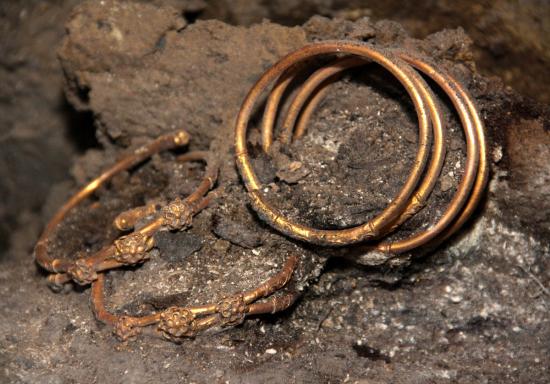 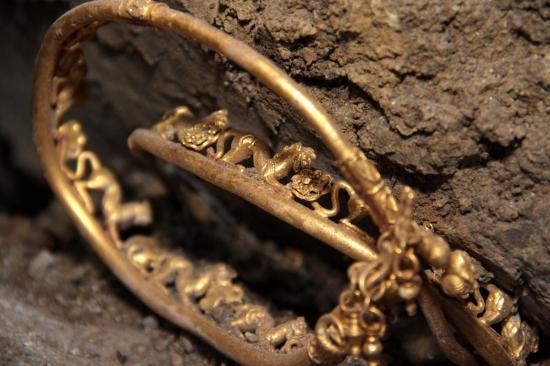 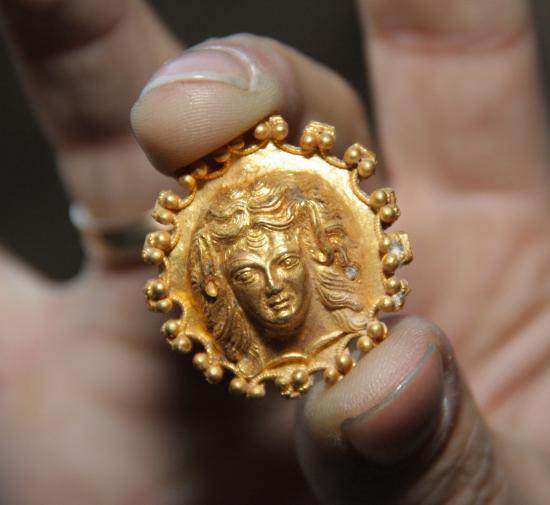