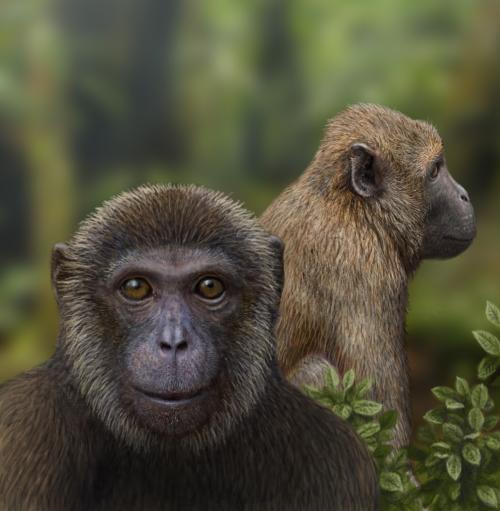 Two fossil discoveries from the East African Rift reveal new information about the evolution of primates, according to a study published online in Nature this week led by Ohio University scientists.

The team's findings document the oldest fossils of two major groups of primates: the group that today includes apes and humans (hominoids), and the group that includes Old World monkeys such as baboons and macaques (cercopithecoids).

Geological analyses of the study site indicate that the finds are 25 million years old, significantly older than fossils previously documented for either of the two groups.

The primates lived during the Oligocene epoch, which lasted from 34 to 23 million years ago. For the first time, the study documents that the two lineages were already evolving separately during this geological period.

"The late Oligocene is among the least sampled intervals in primate evolutionary history, and the Rukwa field area provides a first glimpse of the animals that were alive at that time from Africa south of the equator," said Nancy Stevens, an associate professor of paleontology in Ohio University's Heritage College of Osteopathic Medicine who leads the paleontological team.

Documenting the early evolutionary history of these groups has been elusive, as there are few fossil-bearing deposits of the appropriate age, Stevens explained. Using an approach that dated multiple minerals contained within the rocks, team geologists could determine a precise age for the specimens. 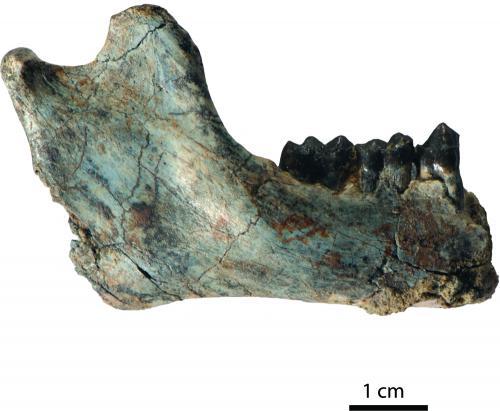 "The rift setting provides an advantage in that it preserves datable materials together with these important primate fossils," said lead geologist Eric Roberts of James Cook University in Australia.

Prior to these finds, the oldest fossil representatives of the hominoid and cercopithecoid lineages were recorded from the early Miocene, at sites dating millions of years younger.

The new discoveries are particularly important for helping to reconcile a long-standing disagreement between divergence time estimates derived from analyses of DNA sequences from living primates and those suggested by the primate fossil record, Stevens said. Studies of clock-like mutations in primate DNA have indicated that the split between apes and Old

World monkeys occurred between 30 million and 25 million years ago.

"Fossils from the Rukwa Rift Basin in southwestern Tanzania provide the first real test of the hypothesis that these groups diverged so early, by revealing a novel glimpse into this late Oligocene terrestrial ecosystem," Stevens said.

The new fossils are the first primate discoveries from this precise location within the Rukwa deposits, and two of only a handful of known primate species from the entire late Oligocene, globally.

The scientists scanned the specimens in the Ohio University's MicroCT scanner, allowing them to create detailed 3-dimensional reconstructions of the ancient specimens that were used for comparisons with other fossils.

"This is another great example that underscores how modern imaging and computational approaches allow us to address more refined questions about vertebrate evolutionary history," said Patrick O'Connor, co-author and professor of anatomy in Ohio University's Heritage College of Osteopathic Medicine.

In addition to the new primates, Rukwa field sites have produced several other fossil vertebrate and invertebrate species new to science. The late Oligocene interval is interesting because it provides a final snapshot of the unique species inhabiting Africa prior to large-scale faunal exchange with Eurasia that occurred later in the Cenozoic Era, Stevens said.

A key aspect of the Rukwa Rift Basin project is the interdisciplinary nature of the research team, with paleontologists and geologists working together to reconstruct vertebrate evolutionary history in the context of the developing East African Rift System.

"Since its inception this project has employed a multifaceted approach for addressing a series of large-scale biological and geological questions centered on the East African Rift System in Tanzania," O'Connor said.

The team's research, funded by the U.S. National Science Foundation, the Leakey Foundation and the National Geographic Society, underscores the integration of paleontological and geological approaches that are essential for addressing complex issues in vertebrate evolutionary history, the scientists noted.