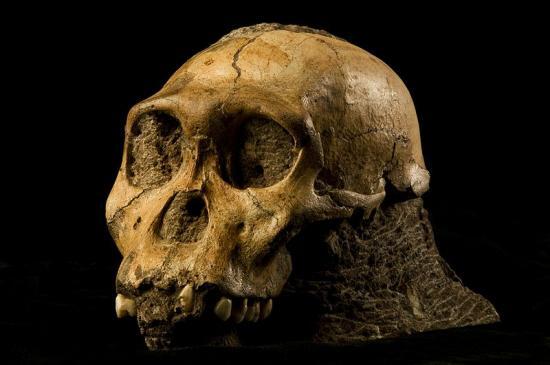 Researchers at the University of Melbourne have confirmed the age of possibly our oldest direct human ancestor at 1.98 million years old.

The discovery was made after researchers conducted further dating of the early human fossils, Australopithecus sediba, found in South Africa last year.

A series of studies carried out on newly exposed cave sediments at the Malapa Cave site in South Africa, where the fossils were found, has assisted researchers to determine their more precise age at 1.98 million years old, making the Malapa site one of the best dated early human sites in the world.

A series of papers published today in a special issue of the prestigious international journal Science provide a new, more precise age for the fossils, as well as more detailed studies of the hands, feet, pelvis and brain.

Dr Robyn Pickering of the University of Melbourne’s School of Earth Sciences, a lead researcher involved in the dating of the flowstone surrounding the fossils said researchers had long been searching for fossils from this time period to answer questions about the beginnings of our own genus Homo.

“Knowing the age of the fossils is critical to placing them in our family tree, and this new age means that Australopithecus sediba is the current best candidate for our most distant human ancestor.”

“The results of these studies present arguably the most precise dates ever achieved for any early human fossils,” she said.

It appears the fossils were deposited in the Malapa Cave during a 3,000-year period around 1.98 million years when the Earth’s magnetic field reversed itself by 180 degrees and back again.

Dr Andy Herries from the Archaeology Program at La Trobe University who undertook the palaeomagnetic analysis said our ability to date and correctly identify these rare magnetic reversal events was crucial.

“They enable us to better date fossil and archaeological sites in the future, as well as to understand the possible effects they have on climate, plants and animals,” he said.

Professor Paul Dirks from James Cook University and Professor Lee Berger of the University of the Witwatersrand in Johannesburg led the team that originally discovered the fossils in 2008.

“It is through the new exposures and our understanding of the stratigraphy of the site, together with the advances we’ve made in the dating techniques that we can be even more precise now,” Professor Dirk said.

“The strong collaboration between South African and Australian universities has allowed us to push the boundaries of what was once thought possible in dating critical moments in early human origins in Africa,” said Professor Berger.