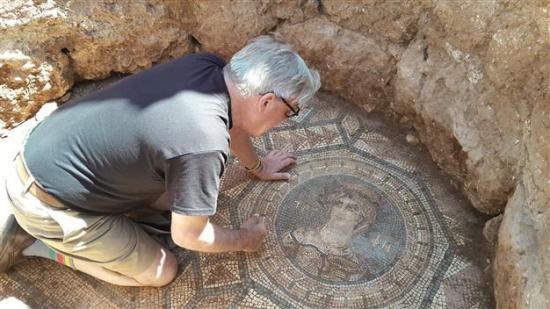 This year’s archaeological excavations in the ancient city of Olba have recently ended. The floor covering of the Olba Monastery is one of the highlights of this season’s work

Archaeological excavations have been carried out since 2010 in the ancient city of Olba, located in the southern Turkish province of Mersin’s Silifke district by a team from the Gazi University Archaeology Department, headed by Professor Emel Erten.

The 500-person Olba Theater, which dates back to the Roman Empire and was completely underground before excavation works began, has been largely unearthed during this year’s works.

The architectural restoration team has reinforced the theater and renewed its foundations. The theater has also been photographed from the air and documented with architectural drawings.

One of the most important highlights of this year’s work is the Olba Monastery. Dating back to the 5th century A.D., the Roman-era monastery’s floor, covered with a series of fine details, has been delivered to the Silifke Museum. Excavation team members and the people of the region are now waiting for the display of the mosaic, which is unique in the whole region. 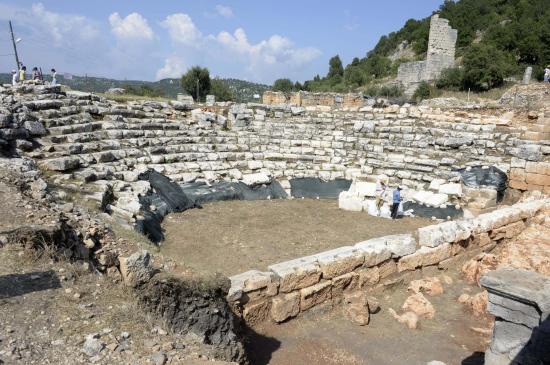 “We have been carrying out the Olba excavations with the support of the Culture and Tourism Ministry for many years. Mersin Metropolitan Municipality also provided support this year. Thanks to this support, we have reached archaeological findings faster. This year we worked in the theater, the acropolis, the monastery and the eastern valley in Olba. We will announce the results in our magazine ‘Seleucia ad Calycadnum,’” said Ertem, who also headed the surface survey work at the ancient site between 2001 and 2009.

“The mosaics we found reveal the importance of Olba city. The high-quality mosaic floor depicts Tryphe, Bios and Lucia portraits, which symbolize life and luxury in ancient Greece, as well as winged angels. The floor dates back to the end of the 2nd century A.D., the late Roman era. The display of the mosaic will contribute to the region’s promotion and tourism,” said Erten. 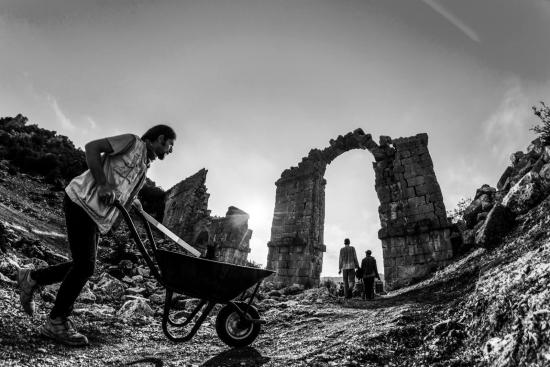 An architectural restoration team from Istanbul made the building survey of the Olba Monastery, and the excavations in the northern church of the monastery have revealed a floor covering that archaeologists call “opus sectile.”

The deputy head of the Olba excavations, Mersin University academic Murat Özyıldırım said the opus sectile proved the importance of the site. 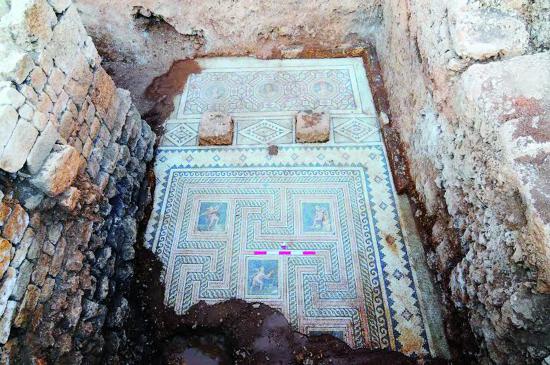