Artifacts uncovered through archaeology fills in clues of state's history

Archaeology is a study of people of the past, the ways they lived, how they thought and how that changed through time.

“When combined with historical sources, such as first-person accounts, written records and government documents,” said Bob Blackburn, executive director of the Oklahoma Historical Society, “artifacts help historians understand what happened, how it happened, when it happened and who did it.

Archaeological pieces of the puzzle can be found at numerous sites and museums across the state. The largest collection accessible to the public is at the Sam Noble Museum of Natural History in Norman. The museum's vast collection traces the human occupation of this region going back 10,000 years or more.

Good examples of how archaeology has filled in details of Oklahoma's history can also be found at the Spiro Mounds Archaeological Center, the Honey Springs Battlefield and Fort Towson. All are operated by the Oklahoma Historical Society, which works with the Oklahoma Archeological Survey, the Institute for Nautical Archaeology and the National Park Service.

“In Oklahoma, about 20,000 prehistoric Native American sites have been recorded,” said Dennis Peterson, director of the Spiro Mounds Archaeological Center, three miles east of Spiro on Highway 271 and four miles north on Spiro Mounds Road. “Spiro Mounds is the only prehistoric site in the state open to the public.” 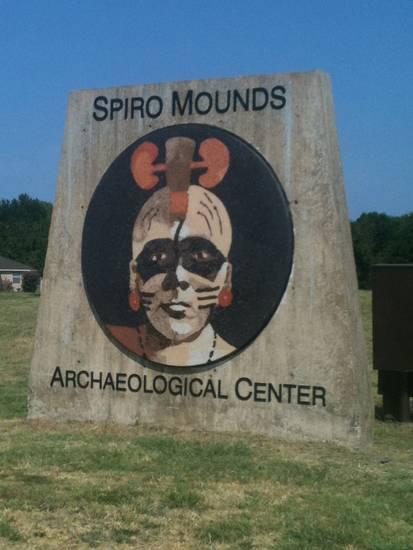 Although various groups camped on or near the Spiro area over the previous 8,000 years, the location became a permanent settlement around A.D. 800 and was used until about A.D. 1450, Peterson said. The prehistoric Spiro people developed a sophisticated culture that influenced the entire southeast, he said.

“Artifacts indicate that Spiro leaders developed political and religious ties with people from the Gulf of California to the Gulf of Mexico and from the coast of Virginia to the Great Lakes,” Peterson said. “They shared horticulture, elaborate mound building and a picture-writing system with more than 60 tribes.”

The first recorded excavations were led in 1916-17 by Joseph Thoburn, who worked for the Oklahoma Historical Society. He photographed the 12 mounds in 1914 and returned to understand why they were developed and by whom. Commercial diggers dug into the Craig Mound, a burial site, and started selling unique and exotic artifacts all over the world. 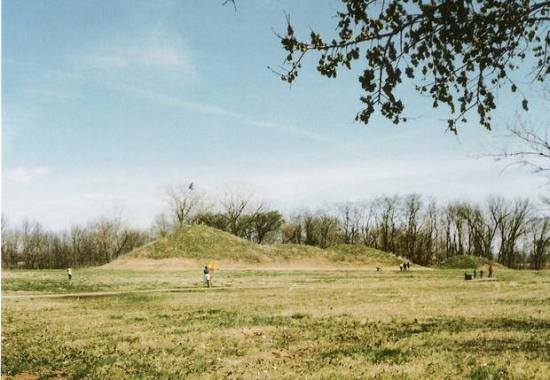 Craig Mound, a burial mound, is one of the key spots at the Spiro Mounds Archaelogical Center. PHOTO PROVIDED.

Since then, new techniques have been used to view patterns below the ground. Scott Hammerstadt, the Oklahoma Archeological Survey and researchers from the Arkansas Archaeological Survey are now starting a project to map out the entire site.

The Honey Springs Battlefield, located just north of Checotah, is another example of how archaeology fills in details. During the early 1990s, the Oklahoma Historical Society was assisted by the National Park Service in an archaeological investigation of the Civil War battle that occurred on July 17, 1863. Volunteers and staff members with metal detectors marched across hundreds of acres.

From the more than 1,000 objects recovered, archaeologists and historians plotted the sequence of battle and pinpointed the important stages of fighting.

“This survey helped the Historical Society lay out trails and interpretive signage so visitors can understand what and where events happened at the Battle of Honey Springs,” said Bob Rea, director of the OHS Historic Sites Department.

The Sutler's Store (a military post store) was excavated during the 1980s and provided insight into items that were being imported, traded and used by the army and Choctaws, Davis said.

Archaeology also was used near Fort Towson to uncover buildings at the former Choctaw capital and trade center at Doaksville plus the pre-Civil War plantation home of Choctaw Robert M. Jones at Rose Hill. These excavations were performed by the Historical Society, OU and the Oklahoma Anthropological Society.

“Today, a visitor can walk a modest three-fourths of a mile trail with 24 interpretive locations,” Davis said. These locations provide historians and visitors with an overview of the first capital of the Choctaw Nation — another important piece of the puzzle of Oklahoma History.