Oegstgeest (Pays-Bas): archaeologists discovered a very rare silver bowl from the first half of the seventh century

Oegstgeest (Pays-Bas): archaeologists discovered a very rare silver bowl from the first half of the seventh century

On an excavation site in Oegstgeest, in the western Netherlands, Leiden University archaeologists discovered a very rare silver bowl from the first half of the seventh century. The bowl is decorated with gold-plated representations of animals and plants and inlaid with semi-precious stones. The discovery suggests the existence of an elite with a wide international network in Oegstgeest. 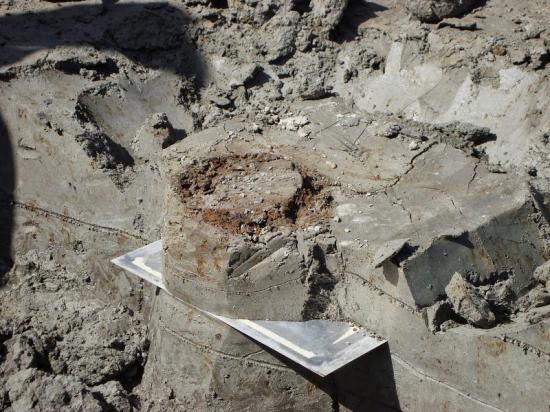 The bowl during the excavation [Credit: J.W. Bron, Leiden] 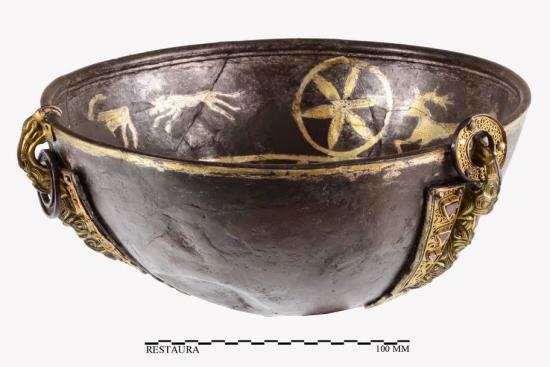 The bowl viewed from above [Credit: Restaura, Haelen] 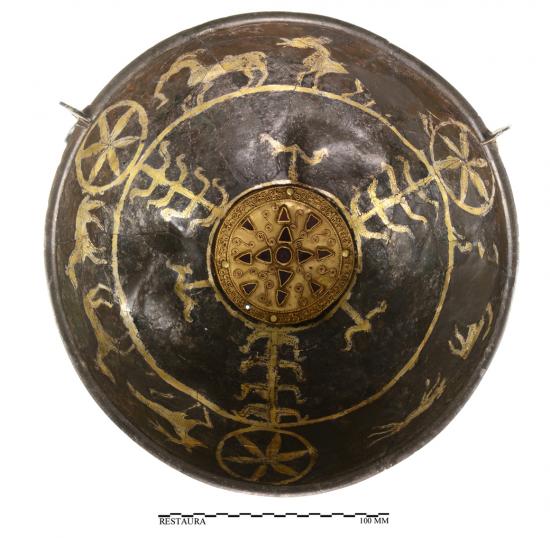 The gold ornamental plate in the bowl [Credit: Restaura, Haelen]

Researchers are assuming that the bowl, which is 21 centimetres wide and 11 centimetres high, was buried as part of a ritual sacrifice. Such gilded discoveries are extremely rare. This one is exceptional because such bowls were usually made of bronze. In addition, they were not, as a rule, lavishly decorated with gold leaf. This means that we are dealing with an artefact that is unique, not only for the Netherlands, but for all of Western Europe. (Until the discovery of this bowl there were no indications of the presence of a local or regional elite on the Oegstgeest settlement. It may be that in this period some members of the elite lived on ‘simple’ farms.)

Description of the Oegstgeest bowl