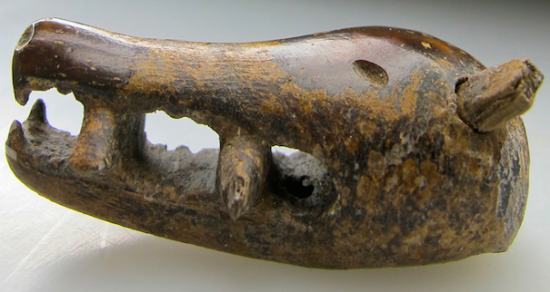 "Nunalleq," a.k.a. "Old Village," was a winter village bustling with Eskimo and animal life from 1350 to 1650 A.D. The Yup'ik people lived at the site, located at Quinhagak in western Alaska. Ancestors of these early Alaskans still live near there.

The village, described in the latest issue of British Archaeology, overlooks the Bering Sea. Aberdeen University archaeologists who are excavating the site unearthed this figurine of a "palraiyuk," or monster.

"There is a traditional myth involving a sea monster that Europeans thought sounded like an alligator or a dinosaur, so decided the story must be quite recent," archaeologist and author Mike Pitts, who also edits British Archaeology, told Discovery News. "But archaeologists went and found a carved ivory head of the monster in a prehistoric context."

It's still a mystery as to what animal, or animals, might have inspired the creature. 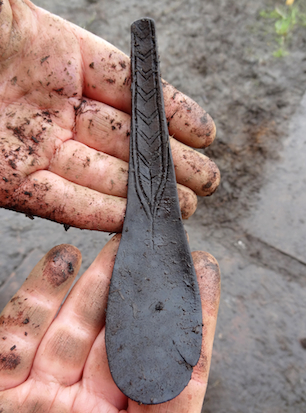 Pitts explained this is "a decorated caribou antler gut scraper, used for making waterproof garments." They learned that seal or walrus intestines -- once scraped, cleaned, soaked and dried -- could be shaped into wearable garments that kept out moisture. Coats made of animal fur would often go over this sturdy, functional apparel. When an animal was killed, virtually every bit of it was put to some use. 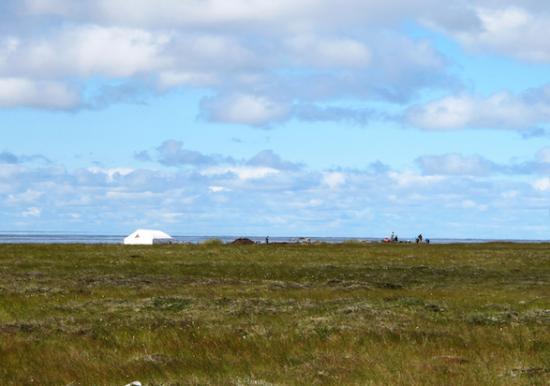 The beauty of the site today is proving to be a mixed blessing. Rick Knecht, an archaeologist working at the location, explained that permafrost, which once preserved the remains, is now melting away. One of the goals of the project, he said, is to rescue "northern coastal sites threatened by the impact of global warming" and "to understand the impact of climate change on Bering Sea prehistory." 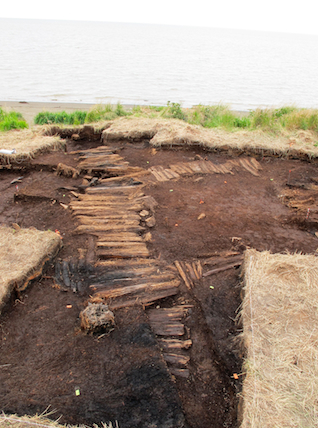 "House interiors were lined with short planks made from split driftwood logs," according to Knecht. He added that on mild weather days, homes were entered through a long hallway, which was "useful for storage and for keeping the wind out. "On blustery days, access was "via a long tunnel, which came out in the middle of the main room." 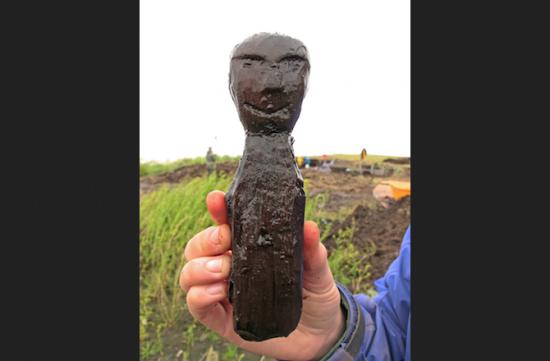 DOLL FOR PLAY AND RITUALS

This large wooden doll with inset ivory eyes is one of over 60 ancient Eskimo dolls that have been found so far. Pitts explained that they were "used as toys and in rituals, and to represent people absent from important events." 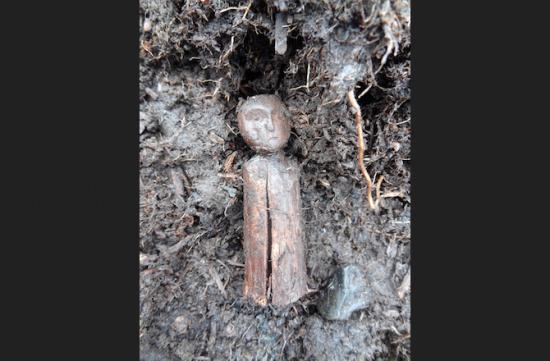 While the other doll definitely sported a smile, this one shows a very different expression. It too was carved out of wood. Here, it is shown right after it was unearthed, still at the winter village site.