Although there is relatively little evidence for Iron Age activity from the quarry excavations, what exists is quite unusual. Further land division takes the form of two long straight pit alignments which appear to respect the location of the rectilinear enclosures. We also see the construction of two small square enclosures, at least one of which is a probabe square barrow, though as always the degree of plough truncation makes interpretation difficult. Two burials also date to the Iron Age. One burial was located in the ditch of the probable square barrow, while the other was found in one of the pits forming the two alignments. Most interesting, however, is the burial of three horses and a mule in a single large pit close to one of the square enclosures. A quadruple animal burial such as this is very rare and most likely represents a sacrificial ritual. 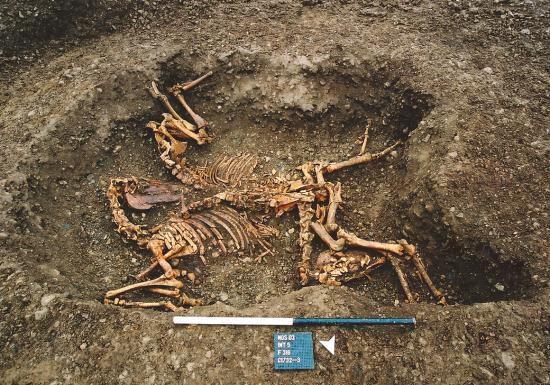 During the Roman period there is again little direct evidence for occupation. There appears to be some kind of agricultural or industrial activity taking place, indicated by what has been interpreted as a corn dryer, but beyond this and a few probably associated pits there is only a background scatter of abraded Roman pottery. This pottery was probably introduced into the area as a result of manuring, and includes some fairly high status forms such as samian ware and mortaria. This material clearly indicates occupation in the vicinity, and may well have derived from the putative villa at Well. 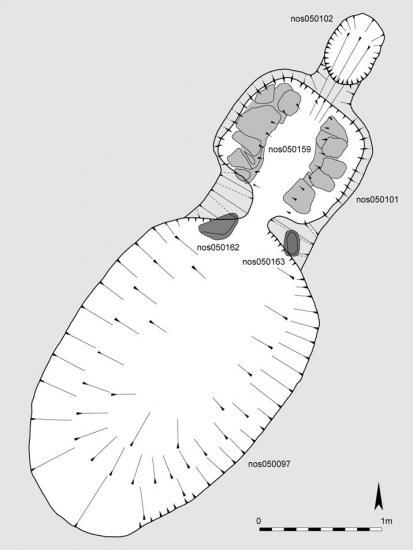 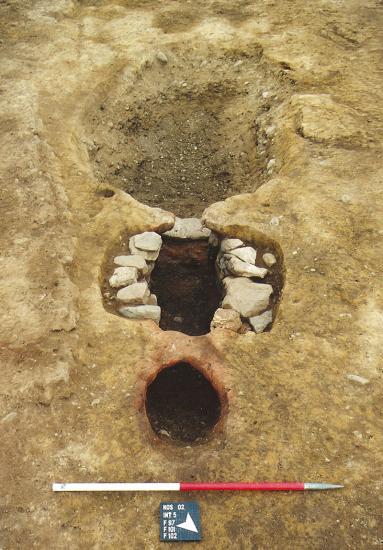 The Medieval period is poorly represented in the archaeological record. A single boundary feature is possibly of an Early Medieval date while the Later Medieval period is charcterised by features associated with the farming landscape, and documentary sources indicate the exploitation of the wetland area for peat digging.

Linear ditches forming a regular system of field boundaries testify to the re-organisation of the landscape during the implementation of enclosure across the quarry area in the later Post-Medieval. Associated with the process of enclosure is the drainage of the landscape charcterised by linear ditches, many of which contained ceramic drains. Other agricultural features include wells which were probably associated with the watering of livestock.